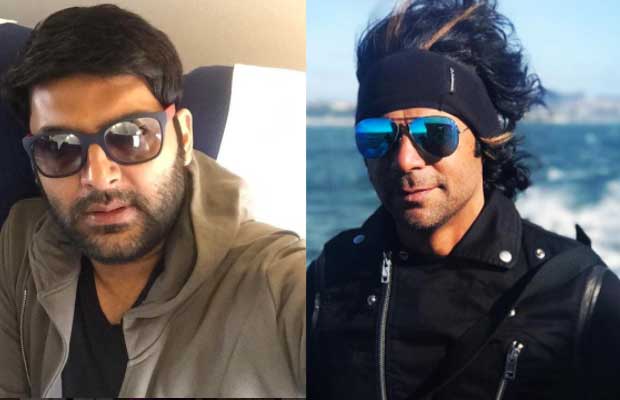 The comedians Kapil Sharma and Sunil Grover are now becoming choosy with their roles and charges.

‘The Kapil Sharma Show’ is dangerously close to the end as it is losing TRP’s miserably. Comedian Kapil Sharma who hosts the show is said to be falling ill regularly because of the stress of his show’s end.

The show suffered badly when actor and comedian Sunil Grover quit. The actor is known for his comedic role as ‘Guthi’ and was loved by the audiences. The angry fights between the host Kapil and Sunil was public and for all to see.

The actor had fainted earlier on his own show ‘The Kapil Sharma Show’ complaining of being unwell. The last two epiosdes of ‘TKSS’ were cancelled due to his ill health. One of them was with Shah Rukh Khan for ‘Jab Harry Met Sejal’ and the other with the ‘Mubarakan’ team. The actors of the latter were kept waiting for hours before they were informed about Kapil Sharma’s health problems.

While many attacked the comedian Kapil calling him unprofessional, Bollywood actor Arjun Kapoor clarified the news and tweeted ”He didn’t keep us waiting. He unfortunately fell sick. The Mubarakan team wishes Kapil Sharma gets well soon and keeps making us smile.”

Kapil Sharma admittedly has cut his charges while Sunil Grover has doubled his.

There are rumours going around claiming that the actor is charging double his prices now because of his popularity. ”Sunil has been getting some really good offers for shows but he’s focussing on guest appearances and stage shows. Sunil was previously charging Rs 7-8 lakhs per episode on Kapil’s show. Now, he charges around 13-14 lakhs per appearance.”

Kapil Sharma was about to sign the renewal deal with Sony channel for his show at Rs.107 crore, but with the recent struggles of the show and the dropping ratings the deal is yet not sure.

Comedian Bharti Singh and her fiancé Haarsh Limbachiya have signed up with the ‘TKSS’ and will hopefully help reviving the show.

Sunil Grover might be even hosting the next Big Zee Entertainment Awards with producer Karan Johar instead of Kapil Sharma.