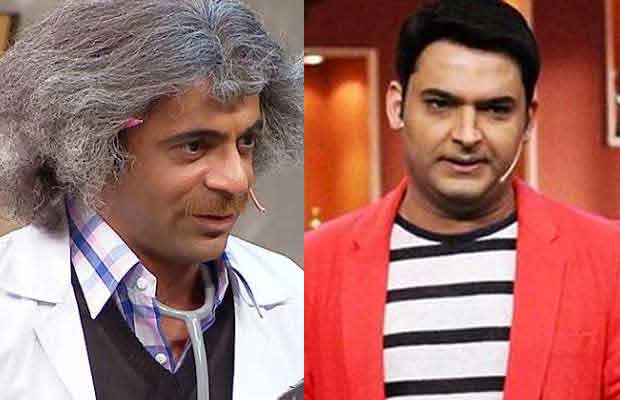 Sunil Grover is missing his character Gutthi from his past show Comedy Nights With Kapil.

The comedy king Kapil Sharma and Sunil Grover’s mid-air brawl is known to all. It was on a flight back from Melbourne when Kapil had misbehaved with Sunil, abusing him verbally as well as physically. Post the fight, the latter had left The Kapil Sharma Show, deciding firmly not to return ever! His co-stars Ali Asgar and Chandan Prabhakar, who were part of the same show, also left it in support of Sunil.

We all know how the whole cast of Comedy Nights With Kapil had left the show along with the comedy king himself, to join the new show. But now the show is no more the same as its old characters are not there to entertain the audience.

Sunil, after leaving the show, is mostly busy in performing in Live gigs. But recently, something happened which reminded him of his old character of Gutthi from Comedy Nights With Kapil.

Sunil went nostalgic on this and very soon tweeted back saying, ”Awwwwwwwww ..she comes to my dreams sometimes.”

Awwwwwwwww ..she comes to my dreams sometimes. ❤️ https://t.co/kkKzDCrQqi

Sunil Grover has already performed gigs in cities like Delhi, Vadodara, Ahmedabad and even Dubai. He had recently flown to the beautiful city of Prague for a show. He was being accompanied by the singer-comedian Sugandha Mishra and also Anu Malik.