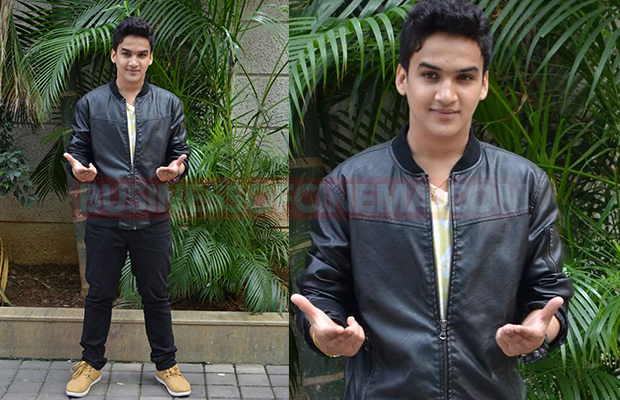 faisal[tps_footer]Khatron Ke Khiladi– Kabhi Peeda, Kabhi Keeda has been creating a lot of excitement amongst the viewers from the very beginning. The challenges and the power- packed stunts have been giving the contestants a tough time. After Sidharth Shukla’s shocking exit last week, the fifth week of the game show is sure to bring in new set of surprises for the viewers.

As the youngest contestant of the show, Faisal Khan has never missed a chance to showcase his skills in performing any task. Faisal’s journey in Khatron Ke Khiladi has been incredible as he always went an extra mile to excel in every stunt and made his team win. He was amongst the few contestants across seasons to have performed the maximum number of stunts. Be it facing his most dreaded fears or giving the rival team member a run for their money, Faisal was nothing less than 100%. His outstanding performance in any given task, week after week won him many pats on his back from the filmy host Arjun Kapoor as well as his team members.

Speaking on his exit from the show, Faisal said, “My journey on Khatron Ke Khiladi has been an eventful one. It was a dream show and if given a chance I would want to start all over again. It was not just a stunt based reality show, with each day a show like Khatron Ke Khiladi leaves you with lessons for lifetime and courage to fight the odds. I wish this journey was a little longer but I go back with much more than just an experience, with tons of good memories and handful of friends. I did my best and I guess I performed the most number of tasks till now and I am glad that at such a young age I got to be a part of this incredible journey. I enjoyed every bit of my stay in Argentina. It was a pleasure sharing the screen with a host like Arjun Kapoor he has been supportive throughout. I wish good luck to all the contestants. May the strongest contestant win!”

Undeniably, Faisal Khan was one of the toughest contenders in the show and his failure to beat Tina in the elimination stunt came as a shock to everyone. Faisal has always been a ‘chota packet bada dhamaka’ for the viewers which was proved yet again![/tps_footer]