Remember how Kapil Sharma cancelled his shooting with Shah Rukh Khan and Anushka Sharma for the promotions of their next, ‘Jab Harry Met Sejal’? Well, this time again Kapil excuses his health again and cancels the shoot with Mubarakan team–Arjun Kapoor, Anil Kapoor, Athiya Shetty and Ileana D’Cruz. Yes, that has happened!

According to reports, Kapil Sharma made the Mubarakan team wait for hours and hours by citing his health issues. After waiting for long, the star cast of the film left when Kapil Sharma did not arrive on the sets of ”The Kapil Sharma Show” for the shoot.

A source told Indian Express, ”Everyone from the team Mubarakan had come on time right from Anil Kapoor, Arjun Kapoor, Ileana D’Cruz and Athiya Shetty. The shoot was scheduled to begin around 5.30pm earlier today. But as Kapil had not come till then, we made some calls and it was then we were told that he is not keeping well but will try to come in for the shoot as soon as possible. As Kapil’s health was involved, the team decided to wait for him for some more time and finish the shoot. But till 10pm when he did not turn up, everyone decided that they shall leave after waiting for over four hours.”

Well, Kapil is extremely stressed these days due to the TRP of the show. Due to which he is not able to shoot as stress has taken a toll on his health. We think Kapil should completely take off until he is fine rather than show unprofessionalism towards his work. The talented comedian has also upset his fans with this gesture. Check out how Twitterati have reacted to Kapil cancelling the shoot once again: 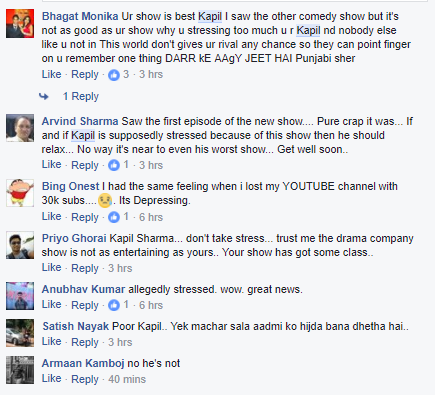 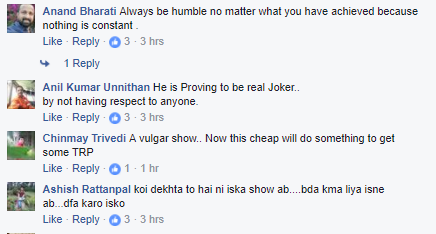