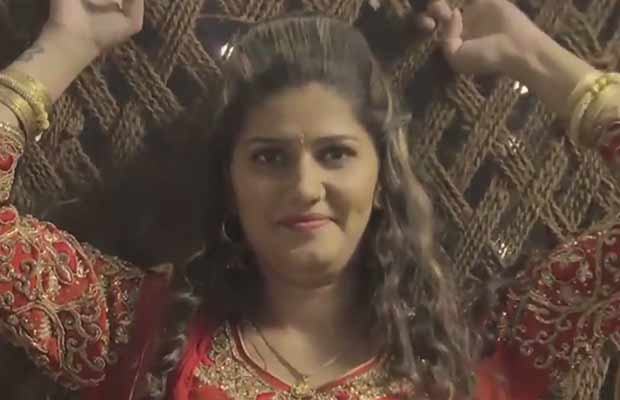 Sapna Chaudhary, who was a part of Bigg Boss 11, has now performed in the daily soap Laado 2.

Sapna Chaudhary has become quite a popular name now. And all thanks to the controversial TV reality show Bigg Boss 11. She entered the show as a commoner. But has come out as a celeb. After making her Bollywood debut with the song Lovebite of the film Bhangover, she is now going to appear in the daily soap Laado 2.

It was yesterday only when we had informed you all about her dance performance in the daily soap. Sapna is a Haryanvi dancer. And her multiple dance videos on YouTube had already gained her a significant number of fans in Haryana, Punjab and Rajasthan. Her dance in the song Lovebite added a lot to that list. And now with this one, she will gain a lot more fans.

In the clip shared by the channel, Sapna is seen dancing on the song ‘Babuji Zara Dheere Chalo’. It is a part sequence where the character of Rantej (played by Dakssh Ajit Singh) throws a party to celebrate his success.

Sapna, while inside the Bigg Boss 11 house, was most of the times seen with Hina Khan, Priyank Sharma and Luv Tyagi. She had to leave the house in the eight week as she got the least number of votes.

Talking about the show, which Sapna was a part of, is becoming popular day by day. Everyone got a shock when Hiten Tejwani was evicted last week because the house members voted him out. This week only Hina Khan is safe from eviction. The rest of the seven contestants are nominated to leave the house this week. It happened as a punishment given by Bigg Boss to these contestants for discussing nominations.