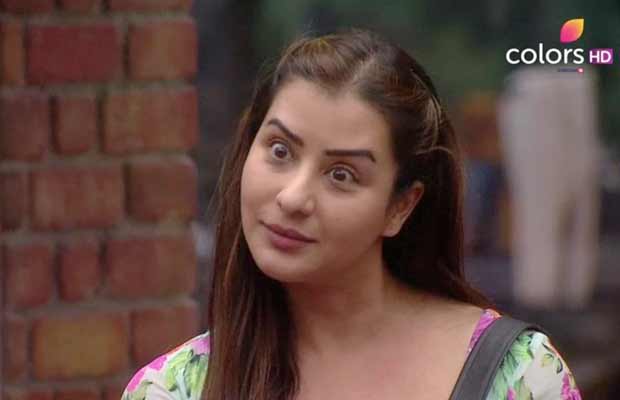 Going on Shilpa Shinde’s words, it seems that Bigg Boss 11 is completely scripted!

Bigg Boss 11 has been doing really well in terms of gaining popularity. The show has been giving perfect doses of fights, arguments and love, in short a perfect package of entertainment. With the show being so near to its finale, the popularity is just increasing day by day. But in a recently released video of the show, it seems that the show is all scripted. The video shows Shilpa Shinde talking about the person going to be eliminated this week.

Multiple times allegations have been made on the show about being scripted. And it seems like all those allegations are true. In a recent viral video on social media, we hear Shilpa talking to Puneesh saying, “When it will happen to him, then you will get to know. (Whoever the person is, the name has been beeped) is going to be out of the show in the fourteenth week. He is not one of the top fours. He has been on the show just because of this.”

Well Done @BiggBoss @ColorsTV @EndemolShineIND for making a fool out of us all these months. Done with this scripted show. #biggboss #biggboss11 #FixedWinnerShilpa #BB11 #shilpashinde #vikasgupta

This has not gone well with the audience. People have been slamming the makers of the show for cheating them. If everything is decided in advance, then what is the point of calling it a ‘reality’ show!
What are your views on the show being scripted? Do share with us in the comments section.
Meanwhile, in the thirteenth week of the show, Luv Tyagi and Priyank Sharma are the ones nominated to leave the house. Last week, Arshi Khan was very unexpectedly eliminated, leaving everyone shocked. Let’s see who leaves the house this week.
Stay tuned to Business Of Cinema.com for more updates on Bigg Boss 11!