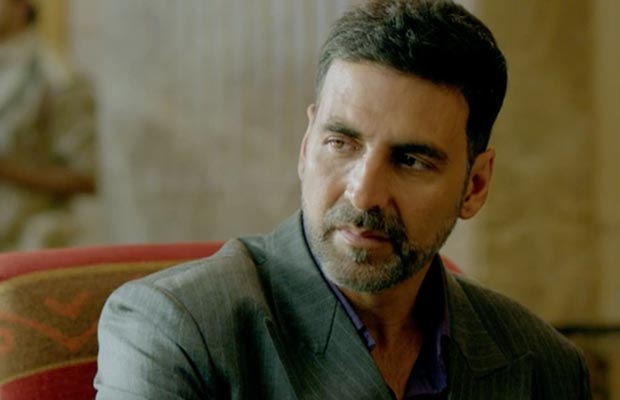 [tps_footer]Bollywood actors Akshay Kumar and Nimrat Kaur are starring opposite each other for the first time in ‘Airlift’.’ Airlift’ is an edge-of-the-seat thriller based on a real incident, which occurred in Kuwait in the 1990s, during the time of Gulf War. An Indian businessman, Ranjit Katyal, helped in evacuating 1,70,000 Indians, safely, back to their home country at the time of Iraq-Kuwait war.

Today, theatrical trailer of ‘Airlift’ was released. Akshay Kumar portrays the role of Ranjit Katyal, an Indian, who is caught between Iraq-Kuwait war. Several Indian families are killed by Iraqi soldiers. Akshay along with his family is stuck in Kuwait during this crisis. The trailer depicts the ugly side of the war. Akshay’s character Ranjit takes a plunge to help people reach India safely. Akshay’s performance from the trailer looks brilliant. From whatever we saw from the trailer, Nimrat Kaur gives flawless performance. The trailer is intense, thrilling and heartbreaking to watch and the movie might turn out to be a good beginning of 2016 for Bollywood.

Starring Nimrat Kaur and Purab Kohli, ‘Airlift’ will hit the theatres on 22 January, 2016 in international markets. ‘Airlift’ is one of Akshay Kumar’s many off-beat films such as ‘Special 26’, ‘Baby’, and ‘Holiday’ which has not only been commercially successful but also garnered rave reviews and positive reactions from the audience.