Home BOLLYWOOD Befikre Trailer Review: Be Carefree Is What Ranveer Singh And Vaani Kapoor’s...
Facebook
Twitter
Pinterest
WhatsApp
The trailer of much-awaited Befikre, starring Ranveer Singh and Vaani Kapoor is finally out today. Well, this is not any normal film, the trailer of the film was launched today at the Eiffel Tower in Paris. Isn’t that amazing? Well, the trailer is quite alluring and Ranveer and Vaani look hot together. 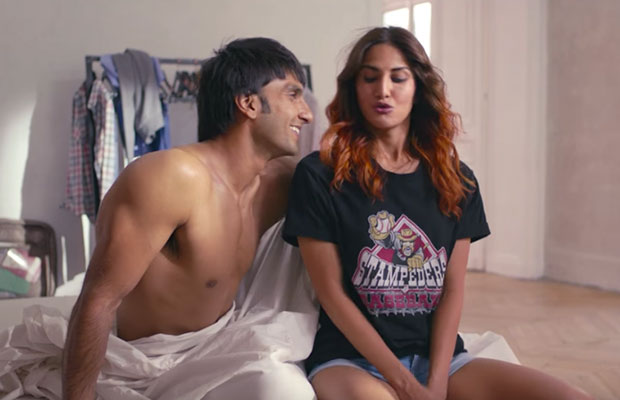 We didn’t see much of Vaani’s hotness in Shuddh Desi Romance, well, in Befikre, get ready to see her seductive and tempting side. Talking aboutRanveer, he is fantastic as usual. After seeing him as an intense warrior in Bajirao Mastani, it becomes hard to accept that the guy fooling around in this trailer in him. Well, this proves such a great actor he is and how he can mould himself into any character. 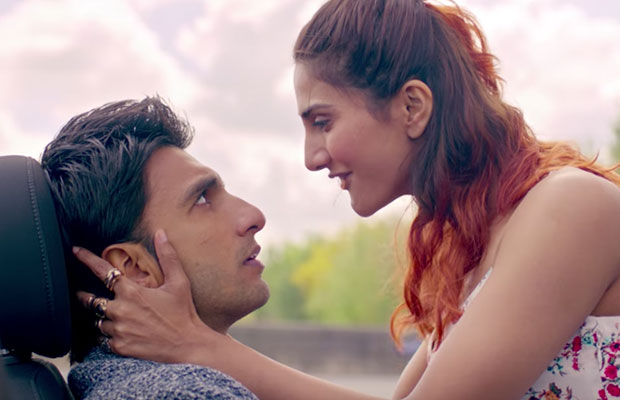 The trailer tells us that the film is going to be about no love, only fun, and s*x. And if you think you’ve had enough of Ranveer and Vaani’s kisses on the posters, the trailer will show you more of it. You will be astounded to see Aditya Chopra, who gave us an iconic film, Dilwale Dulhaniya Le Jayengehas directed Befikre. The background score of the film is quite peppy and energetic. Music of the film is composed by Vishal and Shekhar.
Befikre is truly a modern love story that depicts friendship, lusts, love, s*x, fun, and flings. It tells one to be carefree and live your life to the fullest. The film is releasing on December 9 this year.