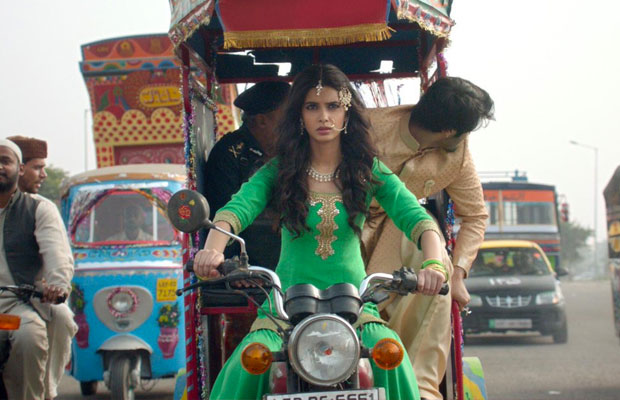 Eros Now released the trailer of its upcoming flick Happy Bhag Jayegi today and we promise you that the video is sure to leave you in splits. The trailer is released on the official website of Eros Now and is directed by the very talented director Mudassar Aziz.

The trailer shows Happy eloping from her own marriage to Daman in order to marry Guddu eventually landing up alone in Bilal’s house in Pakistan.

The fun begins when Happy finally realizes that the truck she jumped into eloping has taken her across the border.

What follows is crazy hysteria with hilarious instances like Happy telling the auto-wallah to adjust with Indian currency and her mad conversations with Bilal causing his fiancee to doubt Bilal and Happy’s relationship.

The girl ultimately lands up being kidnapped in Pakistan causing major worries from Bilal, Guddu and Daman Singh.

The trailer is sure to leave you in splits asking for more.

We give a complete thumbs up to this happening thriller and would totally recommend you to watch it here:

Happy Bhag Jaegi, produced by Color Yellow Productions is all set for its release on August 19.