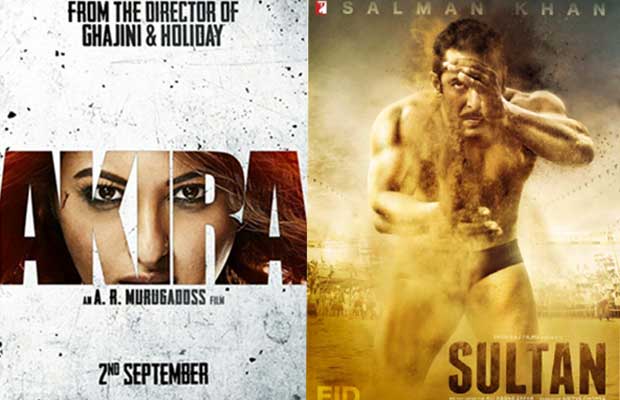 [tps_footer]’Sultan‘ is the most vouched film of the year. Everyone is on the radar to watch the film starring Anushka Sharma and Salman Khan in the lead. Salman Khan will essay the role of a wrestler and we have never seen him in this avatar before. While speaking about an avatar, recently Sonakshi Sinha‘s upcoming film Akira‘s poster was revealed. And we must Sonakshi Sinha was looking amazing in the poster. It is not wrong to say that she has never looked so good before.

The intense look and tensed face surely have some story behind it. From the poster, it looks like the film is a woman-centric film and we possibly need one from a very long time. Sonakshi will be seen in a new demeanour in the film. The film will release on September 23 and is a romantic thriller set in Mumbai. It is directed by A R Murugadoss whose Ghajini and Holiday: A Soldier is Never Off Duty have already made us his fans.

Now if sources are to be believed, then Akira‘s trailer might be attached to Sultan.  It is happening but only at select theatres as of now. Fox studios have a tie up PVR and hence the trailer will be available to watch only at PVR theater chains. It will really be exciting  to watch Sonakshi Sinha‘s Akira with Salman Khan‘s Sultan. Sultan will have a huge opening and hence any films trailer releasing with it will obviously get the much-wanted views.

What do you think? Tell us in the comments below.