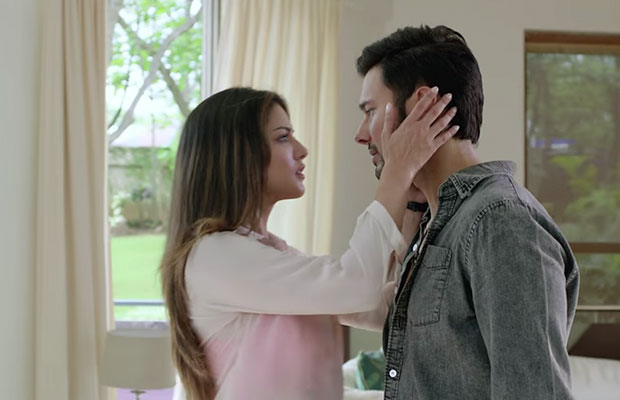 [tps_footer]Sunny Leone is climbing the ladder of success with too many films in her kitty. She supposedly doing an item song in Shah Rukh Khan‘s upcoming film ‘Raees‘ and will also do a cameo in a film which has Ranbir Kapoor and Katrina Kaif in it. Now the recent trailer of her upcoming film ‘Beiimaan Love‘ is out. ‘Beiimaan Love‘ is going to be the debut movie of Sunny Leone‘s husband Daniel weber. The film has Sunny Leone, Rajniesh Duggall, Daniel Weber and Rajiv Verma in the lead. The film is Written, Directed, and Produced by Rajeev Chaudhari.

‘Beiimaan Love‘ is all about is a dark love story exposing the ‘beiimaani‘ (betrayal) of love in current times. The story revolves around today’s strong independent woman and deals with human relationships and values of life. Sunny Leone plays the role of a young, ambitious, hardworking girl whose world suddenly comes crashing down due to deceit and harsh realities of life. Speaking about the trailer, the trailer is below average and surprisingly gave out too much about the film. The only attractive part about the trailer was Sunny Leone. She was looking stunning in the trailer. The background score and cinematography are just ok and it doesn’t look as appealing as it should be. Overall the movie when released can be watched only for Sunny and no one else.

Meantime, do watch the trailer and let us know about the same in the comments below.