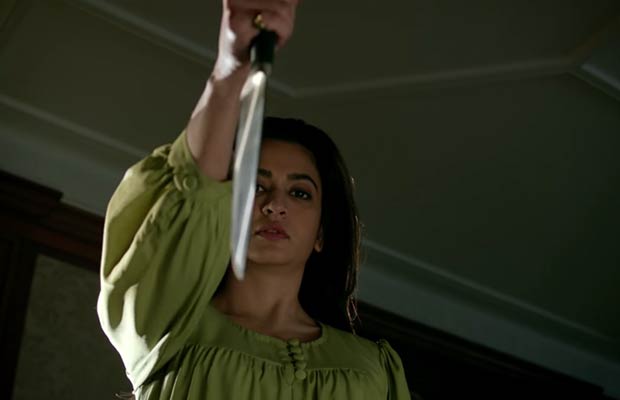 [tps_footer]The Bhatt bandwagon is back with another thriller suspense story starring their favourite Emraan Hashmi along with Kriti Kharbanda and Gaurav Arora. Directed by Vikram Bhatt this will be the fourth instalment of the Raaz film series.

This epic trailer of the popular franchise Raaz will scare the hell out of you and might wander in your dreams, Dare to watch:

Didn’t this trailer of Raaz Reboot give you goosebumps?

Starting from romantic lip locks to beautiful locations of Romania and concluding it by frightening us this Vikram Bhatt film will surely hit the box office with huge numbers. The film depicts the story of a married couple which is played by Kriti Kharbanda and Gaurav Arora and Emraan Hashmi plays the role of a dark character again in the series. The film trailer will first take you to the love paradise giving you some intimate scenes between Kriti Kharbanda – Gaurav Arora and Kriti – Emraan Hashmi. Then the horror begins and the terrify scenes like the washbasin one will give you chills.

Talking about the cast of the film, Kriti Kharbanda will mark her debut in Bollywood with Raaz Reboot; she is popular in the south films. Recently Kriti was voted as Bangalore’s Most “Desirable Woman” and also as one of the “hottest” women in India. Whereas Gaurav Arora was first seen in the film Love Games with Patralekha and Raaz Reboot will be his second Bollywood film.

Raaz Reboot is going to hit the screens on September 16 clashing with Amitabha Bachchan starrer Pink. Tell us which trailer you liked and which film are you waiting for?