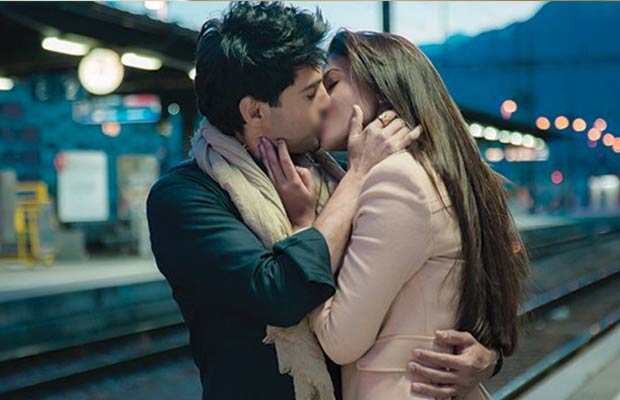 [tps_footer]Rajeev Khandelwal and Gauahar Khan who are stars of the small screen will soon flaunt their chemistry on the silver screen. The two actors who have had their set of controversies will soon be seen in the film ‘Fever’. The movie is a thriller with tons of sensuous scenes. ‘Fever’ has just launched its first teaser and its mystery filled to the core.

Rajeev who made a mark for himself in the tinsel town with his amazing acting skills is still looking out for a hit. Gauahar on the other hand was lately in the limelight for her personal relationship. The teaser of ‘Fever’ has finally been released and it’s a glimpse and miss footage.

With loads of minute sequences and fast pacing scenes one cannot gauge the concept of the film. Well, the short glimpse consists of various thrilling sequences and also a few very intense ones. The puzzling trailer sees Rajeev and Gauahar engrossed in a lip lock and the two are surely nailing their chemistry to the fullest.

The movie apart from Rajeev and Gauahar also stars Caterina Murino and Gemma Atkinson. The boy next door Rajeev Khandelwal will be seen in the role of an assassin. The trailer of the film will be out on June 14th.

Directed by Rajeev Jhaveri, the film will hit the screens on July 22nd, 2016.