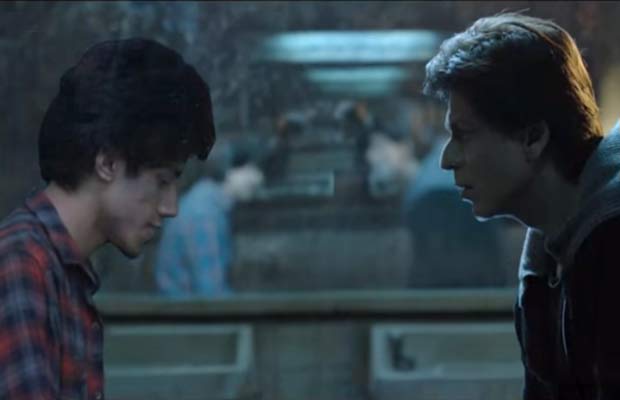 [tps_footer]If you have not yet checked out the trailer of SRK’s new film ‘Fan’, you probably live under a rock. The trailer of the movie was recently launched amidst the Baadshah’s real life fans in Mumbai and was the talk of the town for a long time. The new movie sees SRK at his best portraying a character who is the epitome of a fan’s obsession. The monologue “Gaurav makes Aryan; Without Gaurav, Aryan is nothing” speaks for itself. The trailer which was 2:51 minutes long already has been receiving high praise from the actor’s fans.

Recently King Khan retweeted a video on Twitter through page ‘SRK Arab Fans’. The video is titled ‘FAN TRAILER BY A FAN’ and has a young fan of the star essaying the portal of Gaurav. All the dialogues and scenes are just the same and it is a very endearing watch. This seems to be a dedication to the madness that is being an SRK fan. To this video, the star had this to say on Twitter – “Come and work with us at the v fx studio man. Well done.” 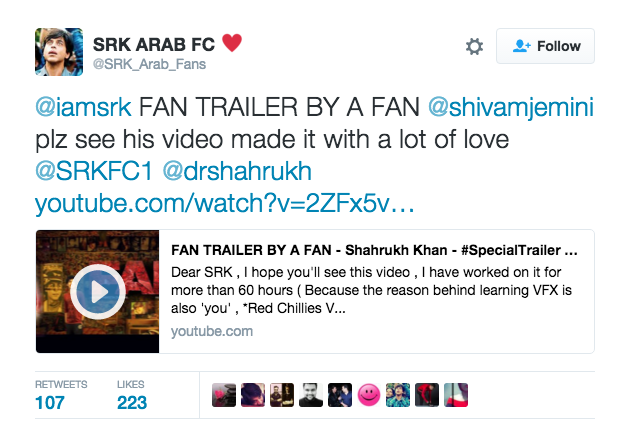 How awesome is it when the King himself acknowledges your work in front of the whole virtual world?

The film that has been shot in various locations in Mumbai, Croatia and Delhi revolves around a fan, who turns out to be the exact lookalike of his favorite star. Recreating the actor’s super hit ‘Darr,’ ‘Fan’ has Shah Rukh in a double role with excellent prosthetics in play.