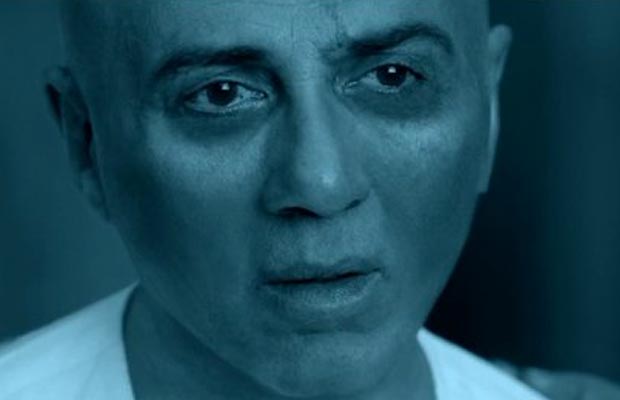 [tps_footer]Bollywood actor Sunny Deol is back on the silver screens with upcoming thriller drama, ‘Ghayal Once Again’. The makers of ‘Ghayal Once Again’ starring Sunny Deol released a new trailer of the film on December 16, 2015. The movie was previously titled as ‘Ghayal Returns’ and is the sequel to Sunny’s 1990 blockbuster ‘Ghayal’.

While the first look teaser earlier revealed a background about the plot of the upcoming movie, this new theatrical trailer shows Sunny’s bald look and also some more action sequences. The trailer starts with bald Sunny sitting in a prisoner’s outfit. The plot of upcoming thriller apparently revolves around four innocent teenagers who witness a murder. The four teenagers decide to get the culprit suffer for his crimes and get justice for the victim. However, this decision does not work in their favour as the murder involves one wicked powerful businessman, Raj Bansal. While the four innocent lives suffer in the hands of the antagonist, Sunny appears and fights for truth.

Produced by Dharmendra under their home productions, Vijayta films, ‘Ghayal Once Again’ has been written and directed by Sunny himself and is considered to be the actor’s comeback movie. The film also features Soha Ali Khan, Rishabh Arora, Aanchal Munjal, Shivam Patil
Diana Khan. It is slated to be released on 15 January.

Check the second trailer below.