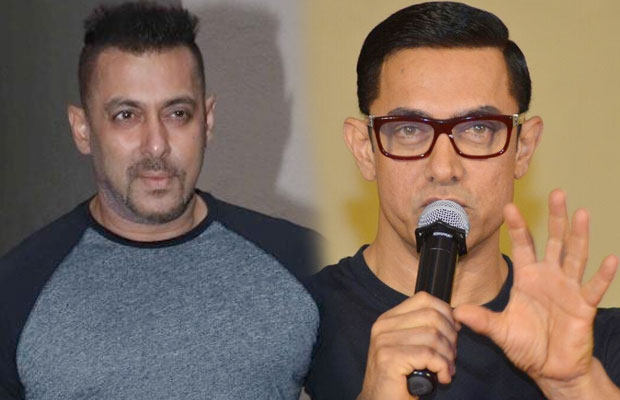 [tps_footer]Salman Khan and Anushka Sharma are gearing up for their upcoming film Sultan and are leaving no stone unturned to promote the film. Ali Abbas Zafar directed Sultan is going to release on July 6th, 2016. Sultan is definitely going to one of the Festive Bonanza of the year.

Salman looks intense and rugged in the poster and trailer of Sultan. When he was asked about his preparation for the film and how difficult it was for him, to which Salman said that he felt like a ‘Raped Woman’. This statement of Salman Khan got him into trouble. Many celebs like Shah Rukh Khan, Kangana Ranaut and Anurag Kashyap spoke about it and apologised on Salman‘s behalf. Some even told that it was unfortunate and they apologise on his behalf.

While daddy Salim Khan apologised on behalf of Salman things just got worse. And now the boss has spoken. Today during the poster launch of Dangal Aamir Khan was asked about this whole controversy and Aamir‘s reply was the most sensible till now. He said  that he wasn’t present at the time he made this comment. And whatever he knows is through the media. According to him, the comment was rather unfortunate and insensitive.