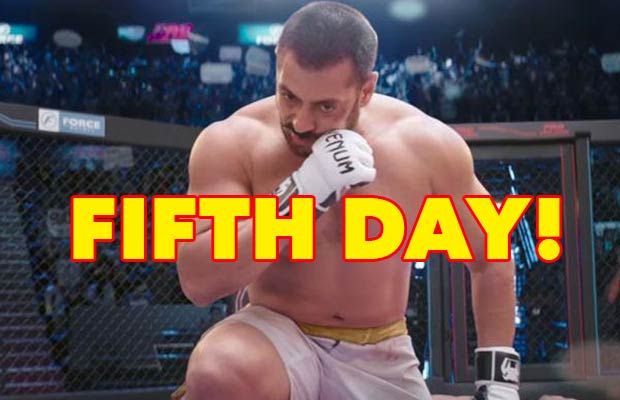 [tps_footer]‘Sultan’ starring Salman Khan and Anushka Sharma in lead roles is on a record breaking spree. The movie is already termed as a blockbuster and is continuing with its huge earnings at the box office. Directed by Ali Abbas Zafar the film was highly awaited by the masses since its inception. The movie released on the festive occasion of Eid and paved way for mass collections.

The film has completed its five-day run at the box office. With envious advance bookings, the movie received an overwhelming response from the audience. Due to the national holiday of Eid and the partial holiday another day, ‘Sultan’ is ruling the box office figures.

The total five days collection of ‘Sultan’ comes to Rs. 182.01 crore net approx. The Ali Abbas Zafar directorial is marching steadily towards the 200 crore mark. The film is one of its kinds to gain such a large figure at the box office. Moreover, the highlight is that ‘Sultan’ has maintained its collections above 30 crores for all the five days.

The film has done an incredible business in all the areas but it has surprisingly also done well in the parts of West Bengal, Mysore, Tamil Nadu and Kerala where generally Salman films receive low collections. Due to no other competitive film, Salman–Anushka starrer film is going to mint in more figures. The film has already crossed the records of ‘Bajrangi Bhaijaan’ and all time record breaker ‘Dhoom 3’.
[/tps_footer]