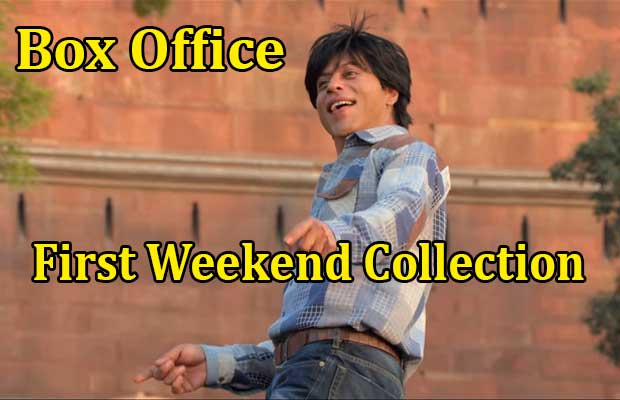 [tps_footer]Shah Rukh Khan is undoubtedly in a happy mode with the positive reviews of the film ‘Fan’. The movie is not only making rounds for its amazing performances but is also impressing the box office. Shah Rukh Khan starer film ‘Fan’ was highly awaited by the masses. After the film ‘Dilwale’, the audience was eager to see King Khan in a different avatar.

‘Fan’ directed by Maneesh Sharma is now being regarded as one of his best performances. The film sees the superstar in a double role. ‘Fan’ not only was anticipated for the star value but was also much in the limelight for its tricky concept. The movie received an amazing opening at the box office and the collections are commendable for the weekend too.

The film was evidently expected to do well in the weekend, however; the drop in the Saturday collection was a hindrance. The movie has garnered good collection in the metropolitan cities mainly in the multiplexes. Now whether the collections of the film improve or remain stagnant in the first week is yet to be seen.

The film has no songs but is heavily positive in terms of word of mouth publicity which may help in its collections.
[/tps_footer]