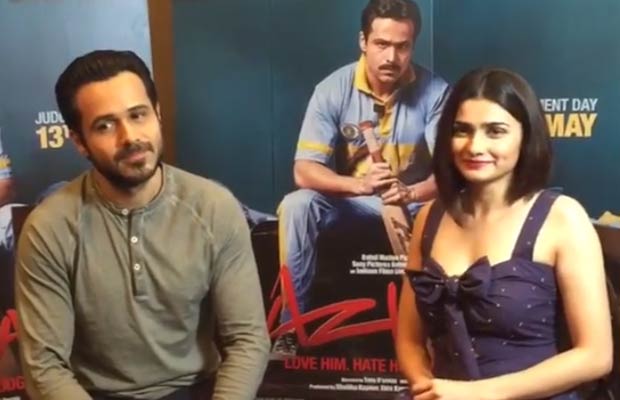 [tps_footer]The cast of Azhar engaged in a Facebook Live session today while on rounds for promoting the film. Emraan and Prachi had a great time answering questions ranging from the experience of shooting together to Prachi’s knowledge about cricket!

Watch the fun banter between the two here:

Though Azhar is not a biopic, it is based on some well-known incidents and facts of former Indian cricket captain Azharuddin’s life. The film is directed by Tony D’Souza and stars Emraan Hashmi, Prachi Desai, Nargis Fakhri and Lara Dutta along with others. Produced by Ekta Kapoor, Shobha Kapoor and Sony Pictures Networks, the film is slated to release on May 13th, 2016. It is a Balaji Motion Pictures and Sony Pictures Networks’ production.[/tps_footer]