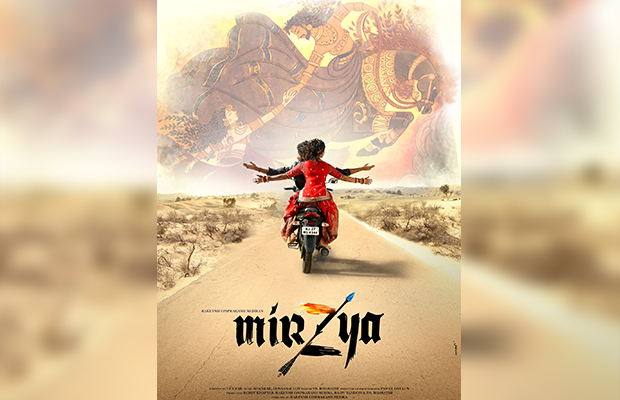 [tps_footer]Rakeysh Omprakash Mehra‘s Mirzya has got the audiences berserk with intrigue witnessing the teasers of the film.

The teasers which prove to be visual delight have got the audiences wanting more with both the teasers prove to be a tease in actual sense.

Though the casting and filming details are known, there is absolutely no intimation about the content the film is to showcase.

The trailer has further increased anticipation levels as it will fully unveil the faces of the lead star cast of the film, Harshvardhan Kapoor and Saiyami Kher.

Director Rakeysh Omprakash Mehra has left no stone unturned in keeping his most ambitious project,Mirzya under wraps.

From the time Mirzya was announced till date, there has been no official announcement stating what the film has in store to offer.

There is a lot of speculation about the film, whether it is a period drama or a contemporary love story.

The audiences are also playing a guessing game as to whether the lead actress Saiyami Kher will be seen in a double role or no.

With so many unanswered questions and the teasers having upped curiosity levels, the trailer of Mirzya proves to be a highly anticipated trailer.

The mysterious vibe has further added to create a strong buzz around the film.

The film introduces Harshvardhan Kapoor and Saiyami Kher, along with Anuj Chaudhary, all of whom make a dramatic entry in this untold love story and brought to life in the Director’s inimitable style.

Produced by Cinestaan Film Company & ROMP Pictures and directed by Rakeysh Omprakash Mehra. The film is set to release on 7th October 2016.
[/tps_footer]