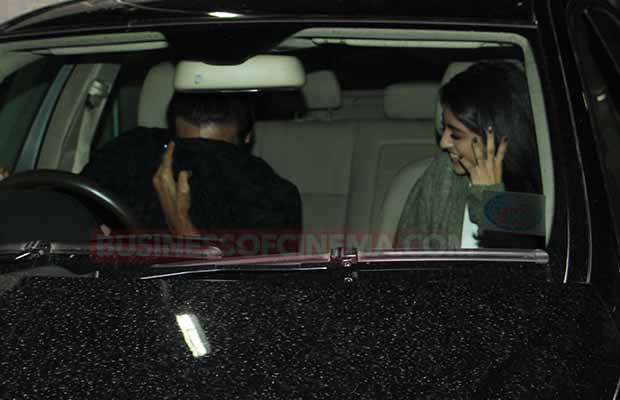 The granddaughter of Amitabh Bachchan was seen leaving a movie theatre late at night with a guy who tried to hide from the paparazzi.

The Bachchan family is in the news now and then. Even the youngest members of the family are comfortable with news about themselves and posing in front of the paparazzi. Last night, Shweta Bachchan Nanda’s daughter, Navya Naveli Nanda was spotted at PVR Juhu(Mumbai) with a guy and evidently, both of them were at the theatre to watch a movie.

As Navya and her companion were seen by the shutterbugs, their pictures were clicked. Although Navya was quite chilled out about this, her friend was surprised by the cameras and he tried to hide his face. The guy ran to his car and attempted to hide his face with his T-shirt. The star could not stifle her laugh as she saw her friend hiding his face from the cameras.

There were speculations that Navya may debut in Bollywood but Big B had refuted all the rumours saying she is still studying.