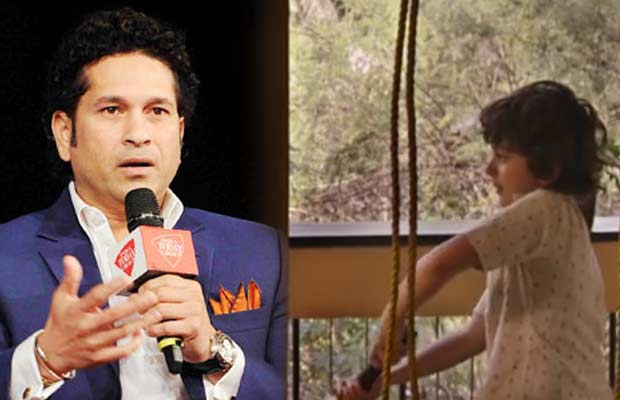 [tps_footer]Sachin teaser, which stars the Master Blaster Sachin Tendulkar himself, was released yesterday. The first glimpse of the film showcased the former cricketer journey towards his dream, passion and dedication. Sachin is a man who has given many reasons to the country to feel proud with his outstanding performances in cricket. But the star thinks acting is a more challenging task for him than playing the game which comes to him naturally.

This is for the first time Sachin has tried his hands on the acting and it seems, he had the best of experience. ‘Sachin Tendulkar: A billion dreams’ teaser took the social media by storm soon after the release with many peers applauding.

“That was a bit difficult thing for me. But believe me the first option was a better option. Acting is not something which I dreamt of. Without any doubt it is more challenging for me than playing cricket, I enjoyed that (cricket) more,” Sachin said at the event.

Mumbai-based production company 200 Not Out is making the film. The film is directed by London-based award-winning writer, director and producer James and music was given by AR Rahman.

Here the teaser of the film, which was released yesterday on April 14.