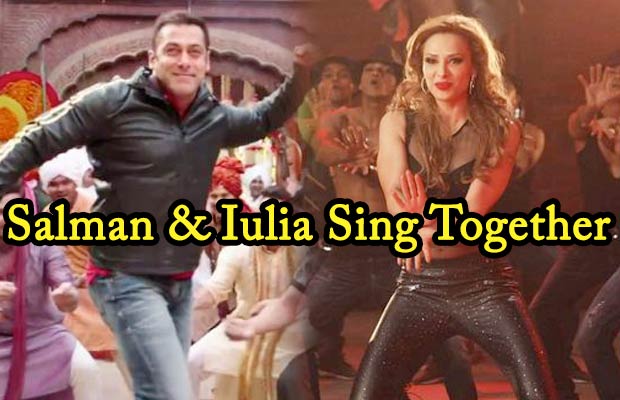 [tps_footer]After much of hyped teaser posters and trailer, the makers of the film ‘Sultan’ recently released the first much-awaited song, ‘’Baby Ko Bass Pasand Hai” featuring Salman Khan and Anushka Sharma. Soon after the song was released, it took the Internet by storm and like always Salman was killer with his energetic dance moves.

In the song, Sultan Ali Khan gatecrashes a wedding to woo the woman of his dreams i.e. the wrestler Arfa (Anushka Sharma). Colourful, peppy and with a rustic setting, this song was the first to release from Sultan’s rich and elaborate album.  The peppy number is surely going to be on repeat mode for Salman Khan’s energetic dance moves.

Well, now the makers of the film have released the same version of the song in Salman Khan‘s voice. Yes, Salman Khan has sung this smashing hit song from ‘Sultan‘ and his voice on the peppy number is awesome. The Bajrangi Bhaijaan star has given his own touch in the song by rapping. Well, we loved the fun-loving voice of Salman in the song, how about you? Also, Salman’s girlfriend Iulia Vantur has lend her voice with bhaijaan for this song.

Talking about the film, Sultan is directed by Ali Abbas Zafar, which stars Salman Khan and Anushka in lead roles. The film is based on a Haryanvi wrestler named ‘Sultan Ali Khan’, played by Salman in the film. The film will release this year on Eid.