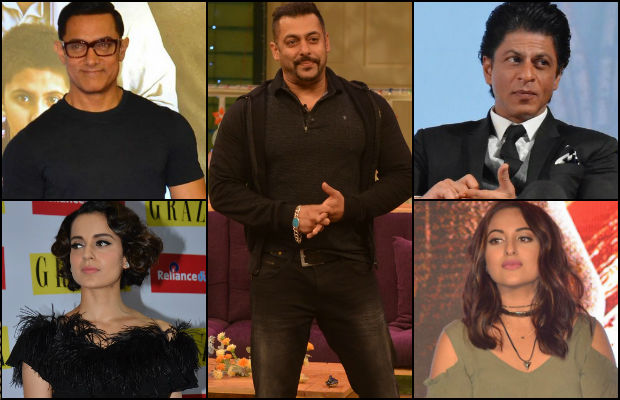 A lot has been written and said about Salman Khan‘s ‘raped Woman’ controversy after the actor made a statement saying that after hectic training session he felt like a raped woman. Soon his statement triggered a controversy on social media and everywhere else. The controversy was too much hyped and all the focus was on the actor and his statement while the rest important issues of this world were totally ignored. The 9 pm debate to every box of the channel had only one thing to talk about and that was Salman’s inappropriate remark. While Salman Khan is being criticized for his insensitive sentiments, many claimed that the actor has been quoted out of context. In fact, during the interview, Salman realized that he made and insensitive remark and took his back words. It turned into a controversy, though Salman acknowledged that he made mistake unintentionally.

Here’s a list of stars who spoke their mind out on the comment made by Salman Khan.