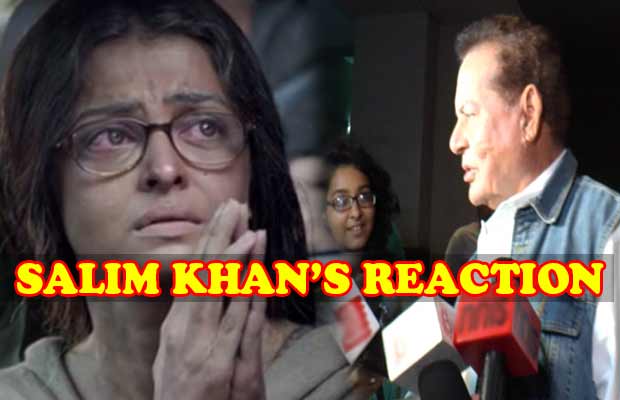 Post the screening of the film, Salim Khan was asked to express his review on Aishwarya’s film. The media got an exact reaction as expected. Salim Khan said, “All the best to the makers of the film.” Well, this means Salim Khan surely liked the film and the performances of Aishwarya Rai Bachchan, Randeep Hooda, and Richa Chadda.

We all know Salman Khan and Aishwarya Rai Bachchan were former lovers but due to their controversial breakup, they are nothing more than two strangers. But it looks like Khan and Bachchan’s family have let bygones be bygones and are all in praise for each other’s work.

Recently, both Salim Khan and Aishwarya came in support of Salman Khan, as he has been appointment as the goodwill ambassador for the Rio Olympics.