[tps_footer]Handsome hunk Varun Dhawan has always been tight lipped on his relationship status. The actor who is otherwise very friendly and open amidst the media chooses to remain shut on his love errands. The amazing actor Varun Dhawan has been making news for his relationships since his debut. The new entrant has a large female fan following and is time and again spotted with his alleged girlfriend too.

Recently while Varun was interacting with the media during an ad shoot with football champ Baichung Bhutia, Varun was asked to comment on the recent picture of him with alleged girlfriend Natasha Dalal. The actor who is always jovial blushed his way and said, “It wasn’t me. See, I have this mole on my neck. Did you see a mole on that person’s neck? I don’t think so. It wasn’t me.”

Looking all pink and happy, Varun calmly denied the claims of his relationship. The actor took the social media by storm recently when a picture of him with Natasha Dalal made rounds all over. The actor however, seemed to be in a sporty mood and chose not to speak about the same.

Dashing actor Varun Dhawan is currently gearing up for his upcoming film ‘Dilwale’. The actor is surely on cloud nine with amazing projects lined up on his way. The film ‘Dilwale’ stars Shah Rukh Khan, Kajol, Varun Dhawan and Kriti Sanon. Directed by Rohit Shetty, the movie is surely an important one for Varun’s career. The film is all set to hit the screens on December 18th, 2015.

Apart from ‘Dilwale’, Varun will also be seen in the film ‘Dishoom’. Now with so much of secrecy, we wonder whether Varun will ever confess on his love life or no. 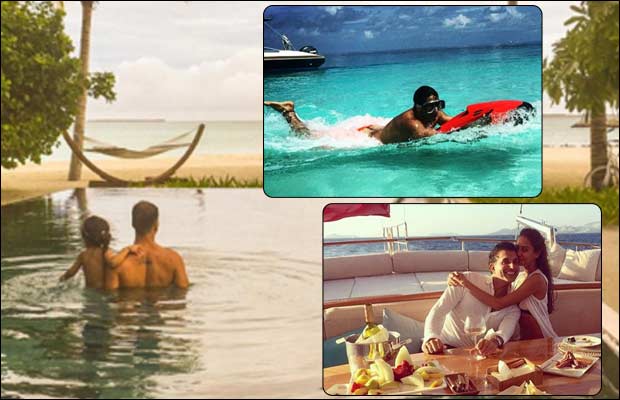