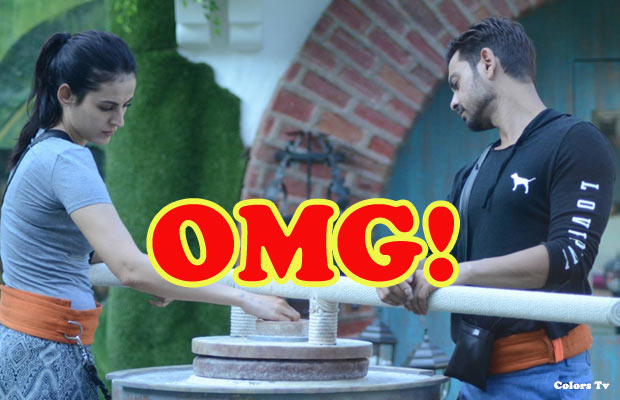 This year Bigg Boss 9 is all about double trouble and with the second week of the show, the contestants break their patience and frustrations. Finally the real game begins among the housemates who are surviving themselves in Bigg Boss 9 house with their jodidaars.

During the task, Mandana, Keith, Suyyash, Kishwar had a ugly fight and that went beyond the expectation. They broke their patience as the 24 hours was too stressful. We exclusively reveal that Bigg Boss finally announced the end of the task but no winner was declared yet.  The contestants broke many rules while performing the task. Mandana even stole the coin where all the contestants got angry on her.

The contestants went mad at the Iranian actress and that made her go ill. Yes, the Iranian model went ill and restless that Bigg Boss had to call doctor and get her treated. The task went very serious that it made Mandana go ill.  Doctor arrived immediately and she was given glucose and other treatments. We wonder what the other contestants have to react on it and wheather Bigg Boss will declare the winner of the task or no.