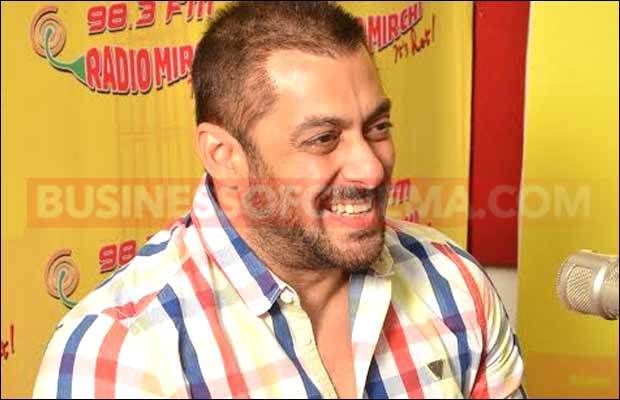 Bollywood actor Salman Khan is currently busy with the promotions of his much-talked film Prem Ratan Dhan Payo with his co-star Sonam Kapoor. The actor has geared up for the release of the film which is releasing this Diwali on November 12.

Well, Diwali is nearing and it’s obvious that the actor must be planning to celebrate with his family and close friends. But that’s not the case this year as the actor wont be celebrating Diwali at home. Then where?
In conversation with us, Salman Khan was asked on his Diwali plans. In his witty sense of humour, Salman Khan replied saying, “Diwali plans in the akhada, in the ring.” That’s what we call dedication!

The actor is currently busy with the hard hitting training for his much talked film Sultan. Salman Khan is leaving no stone unturned for the preparations of Sultan, which is being directed by Ali Abbas Zafar.

Being the most challenging film of his life, Salman Khan is also currently gaining lots of weight for the film. The actor was asked about weight gain for his film, he said, “Yes I will. I have to 95 kilos. Currently I am 87 kgs. It will be difficult to beef up but hopefully I shall get there, in a month. I have to show two different body types in the film.”

Well, even now its evident that Salman Khan has already gained a lot of weight and is prepping more for the film. We wait to see what the film has for the audiences next as its going to clash with Shah Rukh Khan’s Raees next year on Eid.