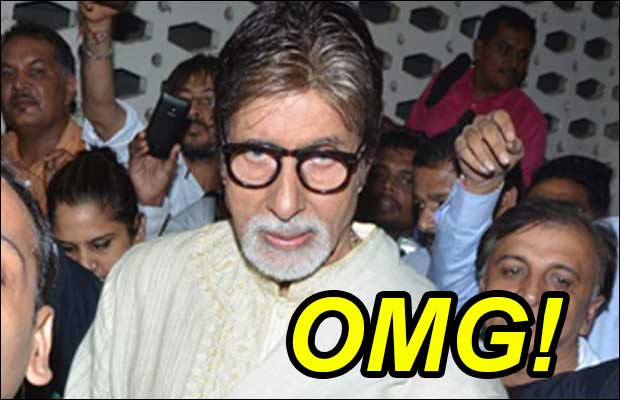 Bollywood’s iconic star Amitabh Bachchan will soon be returning to the TV screens with his show ‘Aaj Ki Raat Hai Zindagi’. With the latest buzz we’ve found out that a fire broke out on the sets of the show due to which the shoot was halted for some time. Reportedly, one of the lights got overheated and caught fire on the show while Big B was still on stage. The veteran experienced actor displayed immense courage and immediately started to calm the crew members down.

No injuries or losses have been reported yet. And apparently, the cast and crew is considering this as a good omen for the show. Apparently, the shoot had to be halted for roughly 45 minutes ,but things soon got under control. ‘Aaj Ki Raat Hai Zindagi’ will mark Amitabh Bachchan‘s comeback on the TV screens after a really long time. While the concept of the show has been kept under wraps, the first look video starring Big B has garnered all the attention.

Also Read: Photos: When Amitabh Bachchan Was Chased By A Tiger For 4 Km

In the video we saw Amitabh Bachchan looking dashing as ever in his super cool attire. Big B was seen exiting an elevator and breaking into an impromptu dance just playing around by himself. The video surely brought a smile on our face, as to see a veteran actor like Mr. Bachchan be so carefree is something that’s worth the watch. We’re definitely waiting to see what his new show on Star Plus offers the audiences.

Apparently, the first contestant is going to be actress Shilpa Shetty who also expressed her excitement on being on the show with Amitabh Bachchan. The actress stated that there’s an aura about the actor that makes every heart skip a beat, including hers. Well its totally true we think! Well we cannot wait to catch Big B and Shilpa together on screen.