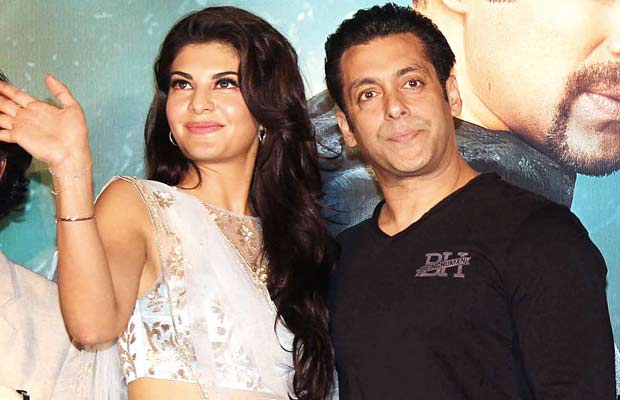 Salman Khan’s ‘Kick’ has proved to be an amazing hit at the Box Office and is still adored by the audiences. After impressing everyone in his last film ‘Bajrangi Bhaijaan’, the actor is reportedly ready to commence with ‘Kick’ sequel.

The film ‘Kick 2’ is much in news even before its inception; however the leading lady of the film is not yet decided. Jacqueline Fernandez who was the lead actress in the film ‘Kick’ was much in news when Salman commented that she is kick-ed out from the sequel. But the sporting lady who might not be starring in the film already has replacements in her mind.

In a recent interview Jacqueline who is shooting for her upcoming film ‘Housefull 3’ in London, was asked about the replacements that she would love to suggest for ‘Kick 2’. To which she replied, “Given a choice, I’d say Sonakshi Sinha, Deepika Padukone or Priyanka Chopra.” Ask her why and she says, “These are the girls I see when you talk of action in films. And if ‘Kick 2’ is that, then they’re bang on for it. But Salman (Khan) knows best. He’s always been spot on with the casting.”

But there is no disappointment of not being in the sequel, as the actress will be seen in another Salman Khan’s production film. She reveals, “I have not spoken to Salman about the film. If it doesn’t happen, it isn’t meant to be.”

Salman Khan gave a ‘kick‘-start to Jacqueline Fernandez’ career with super hit ‘Kick’ when she had newly entered in the industry. The actress made her debut in Sujoy Ghosh’s fantasy drama ‘Aladin’ and now she is the leading lady of Bollywood. The actress also revealed that her friendship with Salman is beyond professional discussions. Jacqueline said, “I will never put him in a compromising situation where I will say, ‘So let’s discuss ‘Kick 2‘ now’. He’s already done too much, I can’t ask for more.”

Well, whether ‘Kick 2’ happens to be or not, we loved the dare devil reaction by Jacqueline Fernandez and the way she has sportingly answered to the same.