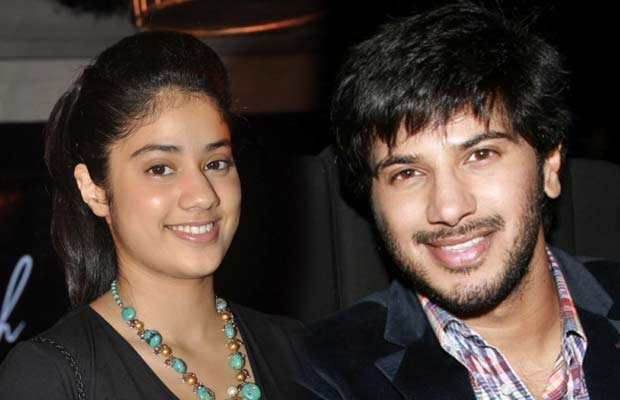 Malayalam industry’s heartthrob, actor Dulquer Salmaan is all set to romance iconic actress Sridevi’s daughter Jhanvi Kapoor. Filmmaker KV Vijayendra Prasad has apparently roped in both the actors for his next romantic venture. If things fall into place, Jhanvi will finally be making her debut in the acting industry along with the very talented star Dulquer Salmaan.

Reportedly, the film will be a multi lingual project that will be shot simultaneously in four different languages namely Tamil, Telugu, Malayalam and Hindi. If this turns out to be true, then the handsome star Dulquer will be making his Bollywood debut with his venture. Audiences are in for a fresh treat as the pairing of Dulquer with Jhanvi is something that comes as a pleasant surprise.

S.S. Rajamouli’s father KV Vijayendra Prasad had recently penned the scripts for blockbusters like ‘Baahubali’ and Salman Khan starrer ‘Bajrangi Bhaijaan’. His next project is surely awaited, and seems like things are shaping up as the lead pair has been decided. Sridevi who will soon be seen in Vijay starrer ‘Puli’ is definitely a legendary actress of Indian cinema. Thus hopes are riding high to see her daughter Jhanvi Kapoor work her magic on screen.

On the other hand Mammootty’s son Dulquer Salmaan has already established his very own loyal fan base. After Mani Ratnam’s hit flick ‘OK Kanmani’, Dulquer has become a household name in the Southern film industry. Which is quite an advantage for Jhanvi Kapoor who is looking to launch her career with this film. No further details about the film have been revealed yet. We’re certainly looking forward to learn more about this flick!