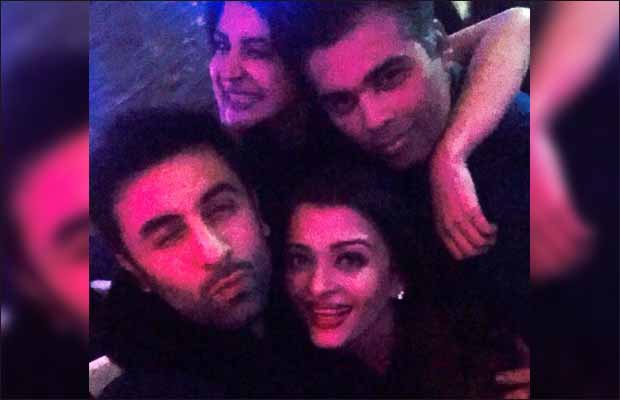 One of the most stylish directors of the tinsel town Karan Johar is very active on the social networking sites. The director who likes to be behind the lenses surely doesn’t shy away from posing for his beloved selfies.
The much in news film ‘Ae Dil Hai Mushkil’ is right on schedule and the actors of the film are not just busy with their jam packed shoots but are also having a gala time clicking amazing glam filled selfies. The film starring Anushka Sharma, Aishwarya Rai Bachchan and Ranbir Kapoor is much in limelight since its announcement and is finally on floors.

Karan Johar recently took to the micro blogging site Twitter and shared a selfie with Aishwarya, Anushka and Ranbir captioning it, “The #AeDilHaiMushkil selfie!!!” 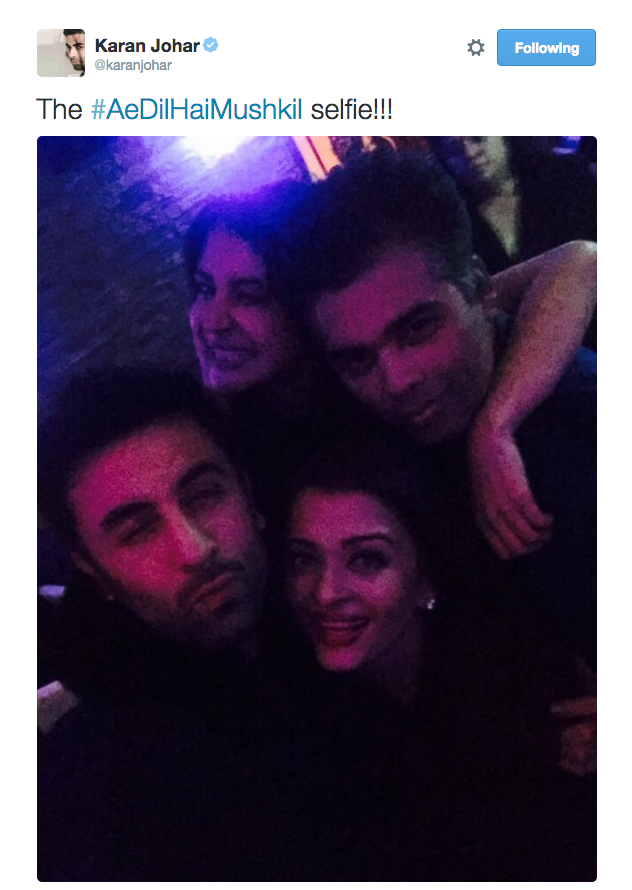 Beautiful actress Aishwarya made her comeback in Bollywood with the film ‘Jazbaa’, and is again ready to show off her brilliant acting skills with the film ‘Ae Dil Hai Mushkil’. It is said that Karan Johar was keen on casting Aishwarya as he couldn’t do so in his earlier movies.

The film also stars actor Fawad Khan who is speculated to play a DJ in the film. The love saga will also see Nawab of Bollywood Saif Ali Khan in a cameo in the movie.

The film ‘Ae Dil Hai Mushkil’ is being directed by Karan Johar and is based on the most entertaining topic of relationships and heartbreaks. The movie is all set to hit the screens next year on Diwali.