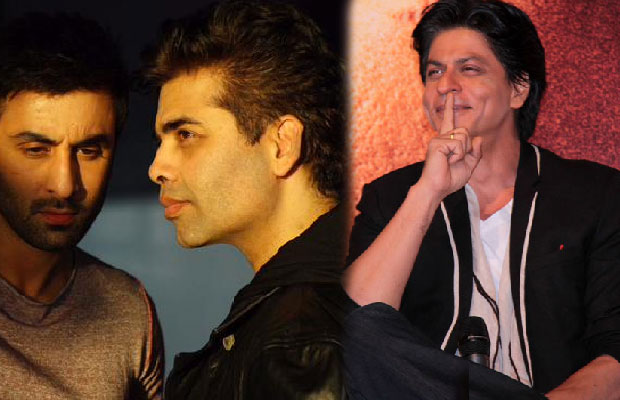 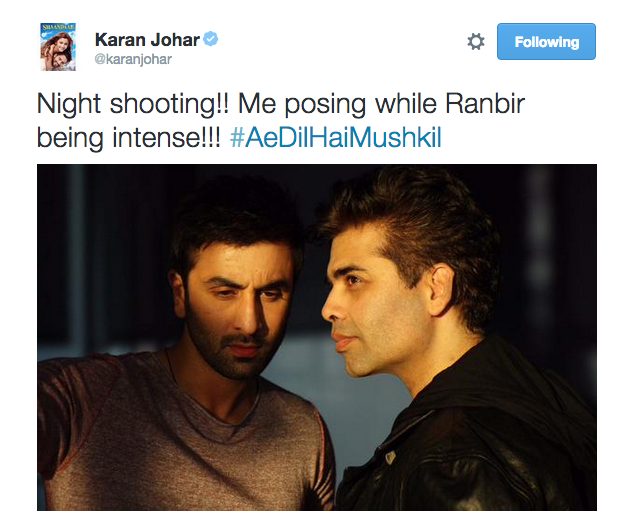 Soon after Karan’s tweet, SRK who couldn’t resist commenting on the same replied instantly by pulling his leg. He replied, “@karanjohar looking good bro & as much as it pains u but alas! sum time tonite u will have to get behind the camera & do ur job…” 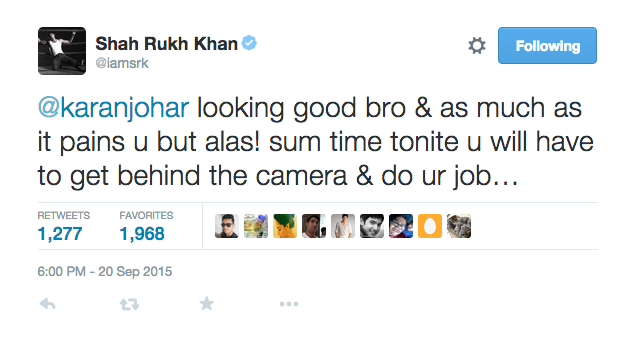 Along with complimenting on Karan’s good looks, Shah Rukh Khan also sarcastically made him realize that he has to get back behind the camera and do his job. Did SRK mean that acting is not meant for Karan Johar?

After wearing many proverbial hats, Karan Johar made an acting debut with ‘Bombay Velvet’ which also starred Ranbir Kapoor and Anushka Sharma. After trying his hand on acting Karan Johar is back on his director’s seat. The filmmaker is shooting for ‘Ae Dil Hai Mushkil’ in London, starring Anushka Sharma, Ranbir Kapoor and Aishwarya Rai Bachchan in the lead roles. Though the story of ‘Ae Dil Hai Mushkil‘ is yet to be known but it is said to be on unconventional love tale. However, Karan Johar and the cast are keeping the plot of the film strictly under wraps.

On the other hand, SRK is shooting for his much awaited film ‘Dilwale’ in Hyderabad along with his co-stars Kajol, Varun Dhawan and Kriti Sanon. Directed by Rohit Shetty, the film is slated to release on December 18, 2015.