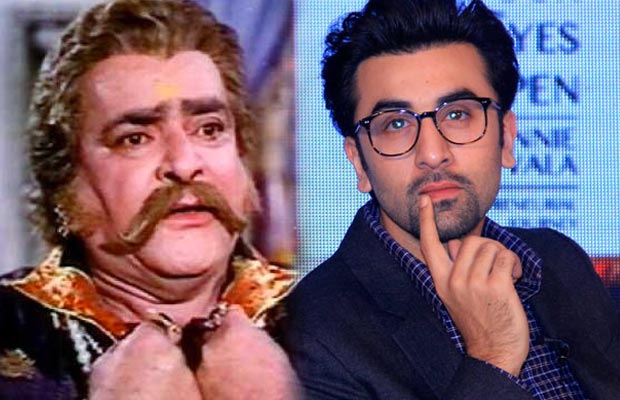 Ranbir Kapoor, who will be next seen in Imtiaz Ali’s ‘Tamasha’, which releases on November 27, will clash with none other than his late great grandfather Prithviraj Kapoor on the same day! Surprised? Allow us to clarify…

The trailer launch of ‘Nanak Naam Jahaz Hai’, the biggest ever Punjabi super hit film, which bagged the National Award in 1969, was held at Gurudwara Rakabganj Sahib on 7th November, 2015.

This timeless classic film , starring Prithviraj Kapoor, I.S Johar, Nishi and Vimi has been restored and digitized and is all set to be re-released worldwide on 27th November this year, coinciding with Guru Nanak Dev Ji’s birth anniversary in enhanced colour format and with better sound quality.

This venture is the brainchild of Raju Chadha, Chairman Wave Group, who is passionate and sentimental about this iconic film. “I was moved by this film as a child and am happy that we are able to bring this film to the audiences. I would want more & more people to savour this masterpiece,” said an upbeat Chadha.

His belief in this film is shared with equal enthusiasm by Manjit Singh, President of Delhi Sikh Gurudwara Management Committee who feels that the film holds relevance even more today and is inspirational for the youth.
Added Rahul Mittra CEO Wave Cinemas, “What is interesting is that Ranbir Kapoor’s Tamasha and his great grandfather Prithviraj Kapoor’s film will be released on the same day.”

The film will be presented by Wave Cinemas Ponty Chadha & Shemaroo Entertainment in association with Raju Chadha.