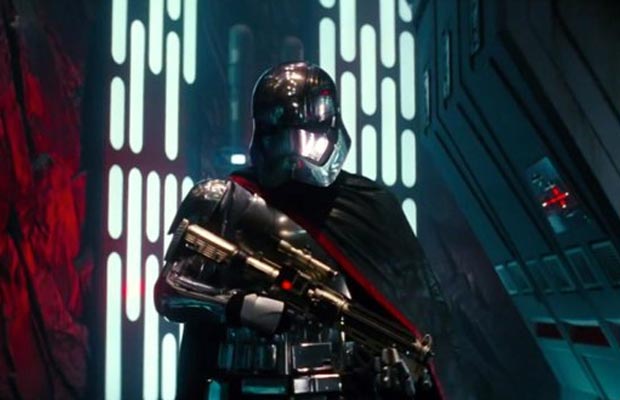 The first official TV spot for ‘Star Wars: The Force Awakens‘ has been released by Lucasfilm and it is breaking the Internet. Undoubtedly the film has become this year’s most anticipated film and is making all sorts of records since it entered its promotional stage. Being the return of the Star Wars franchise after two decades, ‘Star Wars: The Force Awakens‘ is not just a film, but also a worldwide phenomenon.

The first official TV spot of the film is of merely 30 seconds but it is enough to make your day. From what we see in the TV spot, the film is filled with action packed adventures and will bring back the magic created by previous Star Wars episodes. Only difference being, this time the visual aspects of the franchise will be bigger and better than aware. Daisy Ridley who plays the role of Rey in the film is killing it with her fantastic caliber as we can see from the TV spot of ‘Star Wars: The Force Awakens‘.

‘Star Wars: The Force Awakens’ is already shattering all records with its pre-release booking collections. In less than 24 hours since the pre-booking started, Star Wars created the kind of buzz Hollywood has not seen in quite a while. The film is also known as ‘Star Wars: Episode VII’, which is being made after the last episode ‘Star Wars: Episode VI – Return of the Jedi’ made in the year 1983.

Starring actors John Boyega, Daisy Ridley, Adam Driver, Oscar Isaac, Andy Serkis, Domhnall Gleeson, Max von Sydow and Mark Hamill among others, ‘Star Wars: The Force Awakens‘ is directed and coproduced byJ.J. Abrams. Walt Disney Pictures is the production company behind the picture along with Lucasfilm Ltd and Bad Robot Productions. The force awakens this Christmas season on December 14, are you ready for it? Watch the TV spot here.

Posted by Lucasfilm on Sunday, 8 November 2015