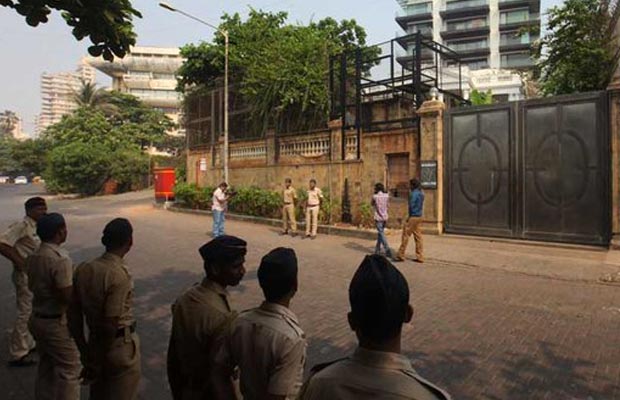 Seems like Shah Rukh Khan’s intolerance comment row is not going to see an end anytime soon, the superstar of the tinsel town is known for his witty remarks and open views but this time he has landed in an unavoidable hassle. King Khan has been ruling the headlines for his comment stating that there is extreme intolerance in India.

Various political entities have labeled SRK’s comment as irresponsible. BJP leader Kailash Vijayvargiya stole all the attention when he said Shah Rukh’s soul rests in Pakistan even though he resides in India. Further, BJP MP Yogi Adityanath also triggered a controversy when he compared SRK with Pakistani terrorist Hafiz Saeed.

After all the hard hitting blames and comments, seems like the intolerance comment has taken over a serious turn. The matter went on an all-time serious mode when Hafiz Saeed commented that SRK can come and live in Pakistan.

With some many entities now involved in the matter, the security at SRK’s residence Mannat has been beefed up. In order to avoid any harmful circumstances, precautions have been taken to increase the security. King Khan’s home is guarded by 50 police personnel and another lot of 25 police personnel have been added.

Deputy Commissioner of Police Satyanarayan Chaudhary said, “We have increased the security of the actor, who was already provided police security a few days back.” According to reports, there is a naka bandi near Mannat where vehicles are randomly checked for any signs of mishap.

SRK is currently busy with his shooting schedule of ‘Dilwale’. The superstar has been ruling the headlines since his birthday. Now all we hope is that the intolerance comment row soon meets a peaceful end.