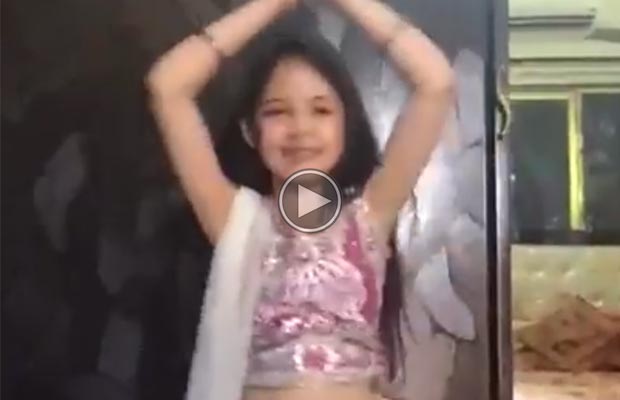 Since the title track of Salman Khan’s Prem Ratan Dhan Payo has been released, each and every one is going crazy about it and moreover anything even Bollywood is grooving to the same.

Dressed in white and pink combination choli dress, Harshaali is looking cute like always while foot tapping on Prem Ratan Dhan Payo title track. It would be the cutest and special gift ever for Salman Khan who had beautiful journey with the little girl during the shooting of Bajrangi Bhaijaan. We are sure Salman Khan would be very happy to see Munni dancing on his upcoming film’s song.

Talking about the film, the songs of PRDP are colorful yet beautiful with soulful music. Salman Khan will be seen as the quintessential Prem once again in PRDP that audiences have loved and treasured in their hearts. The film also features actor Neil Nitin Mukesh, Anupam Kher, Swara Bhaskar and Sonam Kapoor. The film will hit the theatres on November 12, 2015.