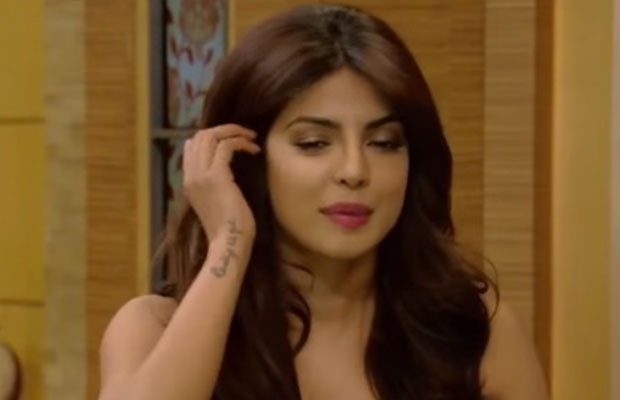 Bollywood turned Hollywood actress Priyanka Chopra is currently in Montreal where she is shooting for her American TV series ‘Quantico‘. Couple of days ago the actress who was in Mumbai for her film ‘Bajirao Mastani’, left for Montreal.

Interestingly the female fan who didn’t want the autograph to be washed off, soon permanently inked Priyanka’s signature on her wrist. Crazy isn’t it? The fan named Shilpa Sanghvi took to her twitter handle where she shared her inked autograph tattoo with caption “@priyankachopra @TeamPriyanka got her autograph inked for life time. love u”

Also Priyanka Chopra who is having a busy shooting schedule abroad was generous enough to reply to her fan. She replied saying, “Whaa?@shilpashinner if I knew u were gonna tattoo my signature I would’ve made it more legibleThank u!Love u 2 4eva”

Taking about her Hollywood series ‘Quantico’, Priyanka Chopra has returned to Montreal for the second base of the show. The actress will be shooting most of the show in Montreal and New York City.

The show revolves around group of FBI agents in the show; Priyanka plays the role of a half-Indian, half-Caucasian FBI trainee named Alex Parrish, an agent in training at ‘Quantico’ Base. Priyanka Chopra is suspected of masterminding the biggest attack on New York City since 9/11.

Also Read: Salman Khan Opens Up On Why He Was Against Kissing Scenes Between Sooraj-Athiya In Hero