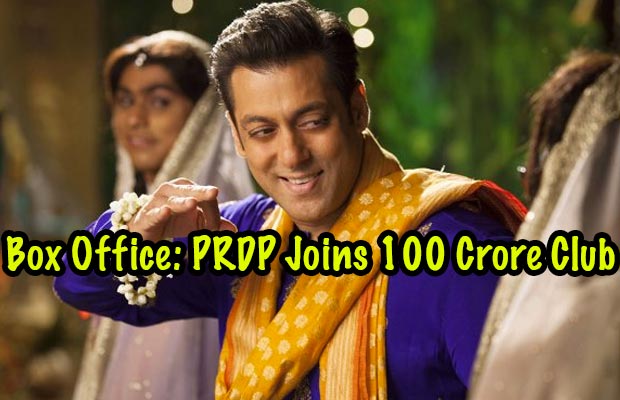 Bollywood’s latest release ‘Prem Ratan Dhan Payo’ starring Salman Khan has finished its first four day weekend run at the box office. The film has managed to gain huge collections owing to the Diwali factor, but due to certain regions’ poor performance, sustaining the number in the long run has become difficult for the film. The film has very well crossed the 100 crore mark after its four day run at the box office, but now the weekday collections seem tough after the Sunday performance.

Although the number is substantially great, ‘Prem Ratan Dhan Payo’ has failed to impress audiences in Delhi and East Punjab from where the collections are seeing a gradual downfall. In the long run for it to keep its pace during the weekdays, Sunday performance was very crucial, which saw a dip in these regions. On the other hand the film has seen unexpectedly great performance from UP regions as well as areas like Gujarat, Rajasthan, CP Berar, CI and Bihar. Maharashtra performance has also been good with Mumbai circuit raking in Rs. 33 crores net approx (330 million) after Saturday.

After joining the 100 crore club so easily after its first weekend run, we now wait to see whether ‘Prem Ratan Dhan Payo’ manages to touch the 200 crore mark after its weekday run at the box office. Directed by Sooraj Barjatya, it is a family oriented film starring Salman Khan and Sonam Kapoor in lead roles.