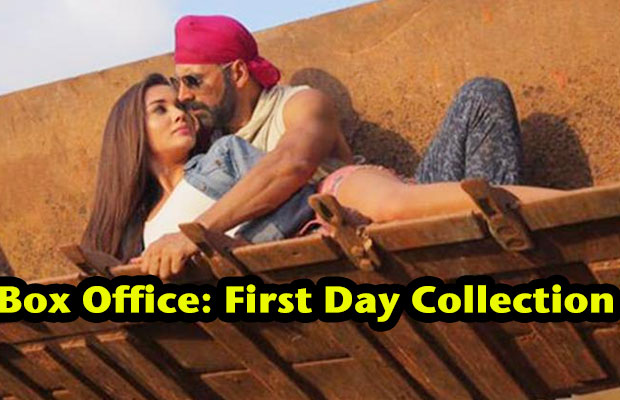 The much awaited Akshay Kumar starrer film Singh Is Bling has finally released and is off to a good start. The film already has a legacy of its own as the previous film in the series, ‘Singh Is Kinng’ was one of the highest grosser of all time. ‘Singh Is Bling’ has received tremendous response from Delhi and Punjab regions where the tickets were being sold out in advance at almost 60-70% rate. The film is doing exceptionally well in single screen theaters at Delhi.

Advance bookings for ‘Singh Is Bling’ has started off the film for a great start in the north region. The public holiday today on October 2, 2015 should help boost the same in metro cities like Mumbai. As the film is a comedy genre, it should also receive good response from Gujarat region. Akshay Kumar starrer film ‘Singh Is Kinng’ with its record opening became the first film in history to cross 7 crore nett approx (70 million) on the first day. Now we await to see if ‘Singh Is Bling’ also garners such collections.

‘Singh Is Bling’ sees Akshay Kumar playing the role of Raftaar Singh in the film. With the backdrop of Punjab, the movie is a concoction of comedy, emotions and action. Actress Amy Jackson plays the leading lady in the film who looks confident in her hard hitting image. Actress Lara Dutta is making a comeback with Akshay Kumar in the film, and audiences are welcoming her back on the big screen. The film also stars rapper Yo Yo Honey Singh and Raajpal Yadav in pivotal roles.

Directed by Prabhudeva, the film is produced by Ashvini Yardi. After such a great start, we’re waiting to see the film’s first day collection at the box office. With today’s public holiday and the weekend ahead, we’re anticipating some good response for the film.