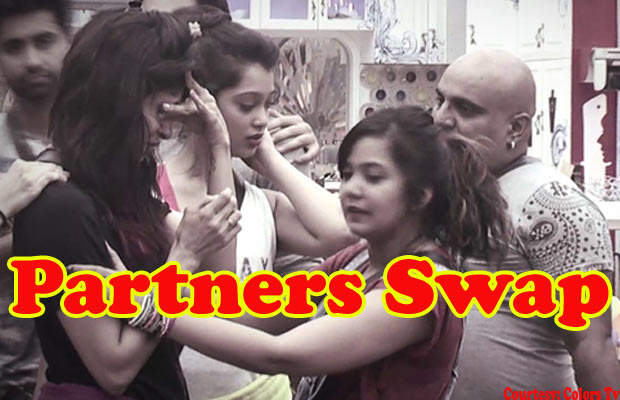 Bigg Boss 9 is spicing up day by day. One after feuds are happening in the house. The episode starts right where it ended yesterday. The sleeping arrangement discussion happened where Mandana Karimi was adamant about the fact that she won’t be changing her bed. After a long quarrel between Mandana and other contestants, Keith Sequeira decided to take the matter into his hands. He made Mandana understand that her upfront nature is getting on everyone’s nerves. After much conversation, she finally decided to adjust just for the sake of Yuvika Choudhary.

Here are some interesting moments from the episode:

1. Bigg Boss asked  the couples to choose who  were better and worst  in the Luxury task. After voting, everyone agreed Kishwer Merchant and Aman Verma as best andSuyyash Rai and Rimi Sen as the worst pairs.

2. Kishwer Merchant and Aman Verma become the contenders for Captaincy task as they had best performers in the luxury task. Other couple who got nominated for the task by everyone’s voting was Yuvika Choudhary and Vikas Bhalla. The task is a ‘Yoga Challenge’. The pairs had to perform the yoga positions as given in the photo. Looks like Bigg Boss has been watching Youtube. The yoga challenge is pretty famous there.Vikas and Yuvika win the challenge and become first Captain pair.

3.The rift between the couples is growing. Rochelle Rao was mad at Mandana Karimi as she doesn’t let her spend some time with her boyfriend Keith Sequeira. On the other hand, Suyyash Rai was pissed on Kishwer Merchant that she doesn’t take stand. When Aman Verma asked her to go somewhere, she goes.

4.  Earlier, we reported Bigg Boss had cut 10 points from luxury task as the contestants had broken the house rules. Bigg Boss gave a new task where one couple – one plays a dog and other as an owner- would be going through hurdles in order to get the food products. Rochelle Rao played and Prince Narula participated and got around 7 ingredients for the house.

5. Things got ugly between Keith and Mandana, when Keith called out Mandana saying she hardly adjusts for him. Mandana dissed Rochelle on how unstable she is. Keithsaid she doesn’t have to adjust to Rochelle. All she has to do is maintain a cordial relation with him that clearly is not happening. Mandana wanted a finally the word. So she said she wanted to cut ties with Rochelle.