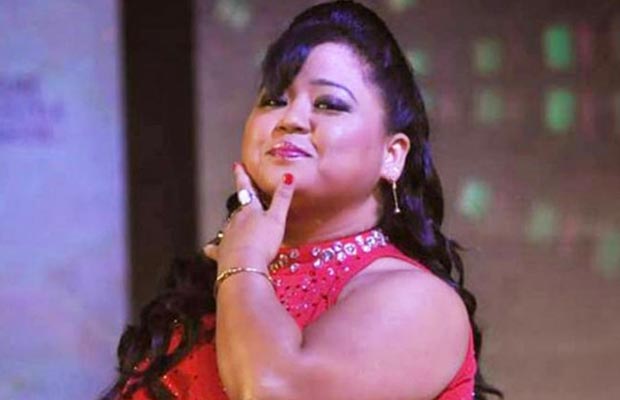 Bharti Singh in a recent interview revealed how so many actors get offended when the jokes are cracked on them but are always ready to take compliments, feels jokes are for fun and should be taken in a light manner

Comedian Bhari Singh is known for her witty replies and her spontaneous mind.  She has created a big name for herself in the industry in a very short span of time. This young celeb has inspired many through her confidence. This comedian who is least concerned about her body shape and weight not matching the Indian standards of perfection, takes every joke on her in a sporting manner and expects the same from others.

Bharti, who was a part of the popular show , Comedy nights Bachao reveals how actors got offended when roasted despite being told about the concept in advance.  On asked if the celebrities should get offended,

She was quoted saying , “I completely agree with this because if we go below the belt, anybody would get offended. ‘Bachao’ was all about celebrities being roasted, (so) when you know that you will be coming on such a show, you should be all prepared to be roasted.”

She explained her point with an apt example, she added , “For example, a South Indian restaurant will obviously serve Idli and Dosa; you can’t go there and ask for ‘makke ki roti’ or ‘sarson ka saag’. So, when celebrities turned up on our show, we used to think that they are prepared for the roast.”

She said even though a few celebrities take their jokes sportingly ,they don’t go well with most of them . She says, “In India, people don’t like jokes being cracked on them. However, in other countries, roasts are very popular and celebrities themselves call and ask (stand-up comedians) to perform a roast on them,”

Bharti tells media how they are extra cautious while making jokes and believes “celebrities, who love to hear compliments about their hit movies, should be “ready to hear comments on flop movies as well”.

Bharti Singh is currently on cloud 9 right now is all set to marry her writer boyfriend, Harsh Limbachiyaa and will be soon be seen on The Kapil Sharma Show