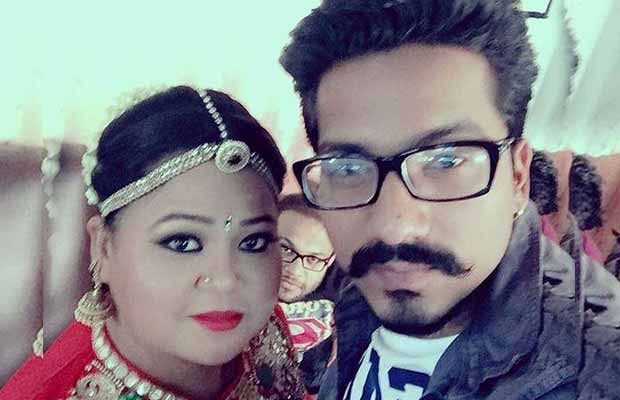 The comedienne is gearing up for her marriage and just like any other girl is very excited about it.

Bharti Singh is among the top comediennes on Indian television. Recently, she participated in the couple dance reality TV show Nach Baliye Season 8 with Haarsh Limbachiyaa. Haarsh is a writer for comedy shows. Both he and Bharti are evidently very much in love. Some time back, they had their roka ceremony and Bharti even posted photos on Instagram.

There were many rumours doing the rounds regarding their marriage dates. In an interview with TimesOf India.com, Bharti put all the speculations to rest regarding the dates though she is also not sure about them. The comedienne said, “Like every normal girl, even I dream of having a lavish wedding ceremony with all the functions like Mehendi and Haldi. We will be tying the knot this year. We have shortlisted three dates Dec 3, 6 and November 30th, let’s see which one gets finalised. I want all my cousins and friends to attend the wedding so we will finalise a date which suits both our families.”

She is even very excited about the outfit that she will be wearing on the wedding day. She described the type of dress she would like to wear and accessories too. She mentioned that she would be wearing a designer red or fuchsia pink lehenga and match it with golden kundan jewellery that Haarsh would buy for her.

She appraises Haarsh and says that she is very lucky to have him in her life. She said, “I am very fortunate that I have got a life partner like Harsh. He is so understanding. When he shared the decision of spending equally on the wedding, I felt so proud to have him in my life. As I have always seen in our Punjabi weddings, all the expenses are borne by the bride’s parents. I really appreciate his decision.”

While on the professional front, Bharti Singh has currently joined The Kapil Sharma Show and if reports are to be believed Haarsh Limbachiyaa has also joined the same team as a writer.