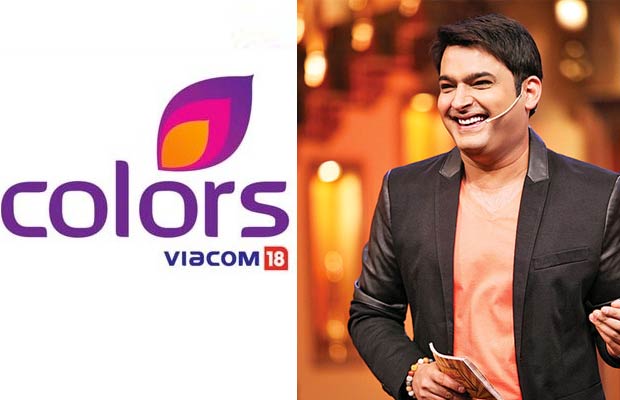 [tps_footer]Comedian turned actor Kapil Sharma is all set to return to the television screen with his new show “The Kapil Sharma Show“, which will be telecast from April 23 at 9pm on Sony TV. Kapil, who is the most loved and popular comedian, had quit his show ‘Comedy Nights With Kapil’ after facing issues with Colors channel and well, the same rivalry continues.

Now that Kapil has moved to another channel with his new show, Colors channel has used a new way to keep their viewers hooked to their channel and not on Sony. While Kapil Sharma’s new show will start on April 23 at 9pm, Colors have made changes in their schedule and have planned to telecast Deepika Padukone–Ranveer Singh starrer ‘Bajirao Mastani‘ at the same time.

Krushna Abhishek‘s “Comedy Nights Bachao” that is aired at 10 p.m. on Saturdays has been replaced with “Bajirao Mastani,” which will premiere on the small screen that day. One of the biggest blockbusters will be telecast on the channel without a single break in order to keep TRP of the channel constant.

Well, this makes clear that Colors has made these changes intentionally to prevent fans from watching Kapil‘s new show. We wonder how long the channel would delay and keep changing its schedules as Kapil Sharma has huge fan following and moreover his show is the much-awaited show currently.

Meanwhile, Kapil Sharma along with his team members including Ali Asgar, Sunil Grover, Sumona Chakravarti, Kiku Sharda and Chandan Prabhakar have begun with the shooting of the show in Delhi. The first episode will witness none other than Shah Rukh Khan who will promote his film ‘Fan‘.[/tps_footer]