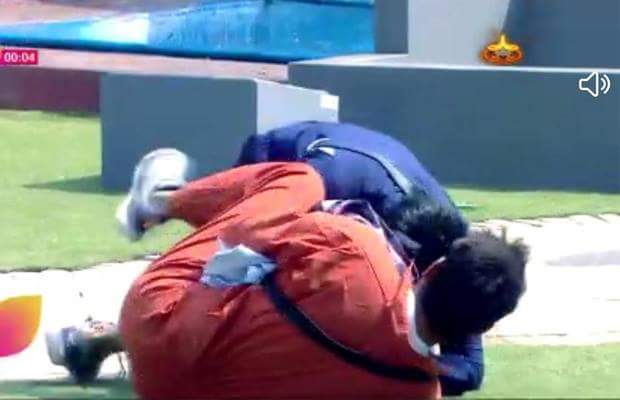 Bigg Boss 10 show is going interesting with each passing day! The real drama, fights and much more has finally begun among the housemates during the luxury budget task, “BB Laundry”. The new task witnessed ugly fights between both the teams but eventually, Indiawale win the task and celebrity contestants turn up “sevaks” of the house again.

But there comes a new twist in the game! We EXCLUSIVELY reveal that Bigg Boss introduced a new immunity task for Navin and Lokesh and the winner of the task will get safe from the next nominations. That’s interesting! The two had to perform the task in the garden area, but the game changes when Navin cheats with Lokesh by spoiling her task secretly. Lokesh was heading ahead during the task but Navin cheats and WINS the task.

Yes, Navin is the winner of the immunity task, which means he is safe from the next nominations!  But his win earns haters for him in the house. Indiawale get into a heated argument with Navin for winning the task by cheating and fooling Lokesh. The new drama will unfold tonight!

Till then, Stay Tuned To Business Of Cinema For More Exclusive Updates On Bigg Boss 10!