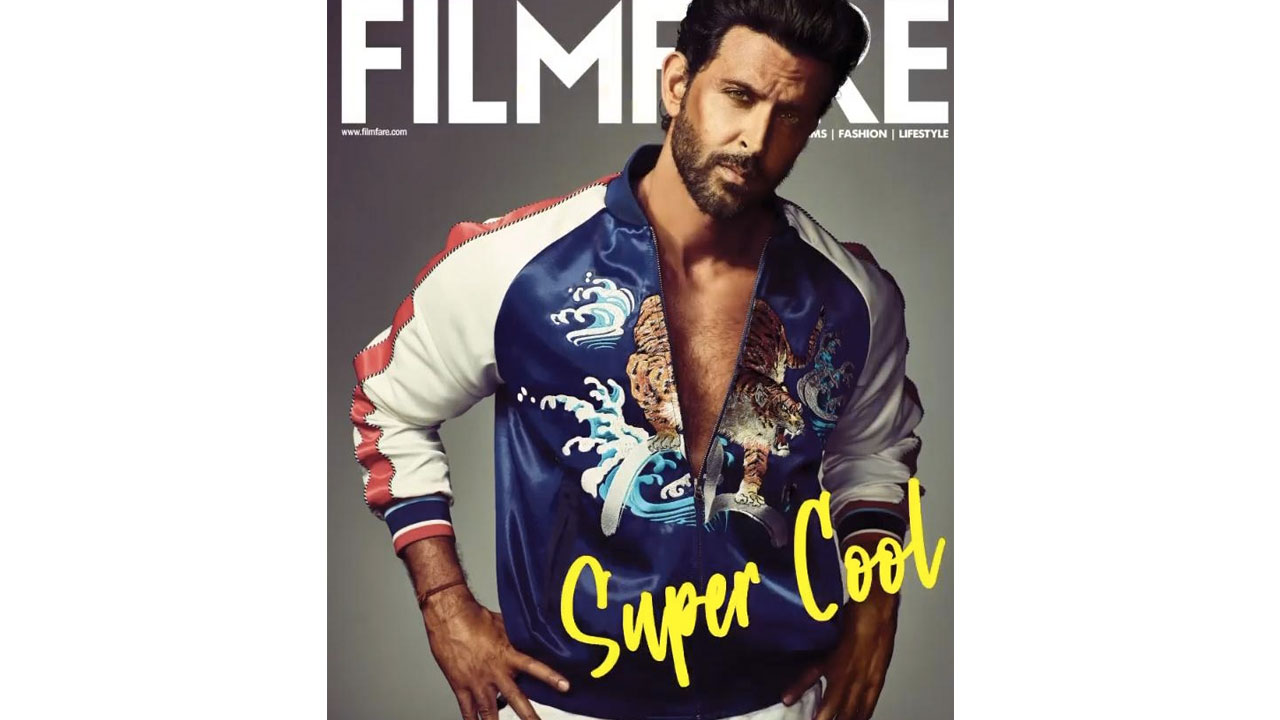 The September edition of country’s leading magazine Filmfare has nation’s official heartthrob Hrithik Roshan look majestic and breathtaking as he casually strikes a pose on the digital cover. Exuding sheer resplendence, Hrithik has us dropping our jaws as he effortlessly pulls off looking glorious with his menacing good looks and dallying green eyes!

The Millennial superstar pulls off a casual chic look while donning a Blue and white bomber jacket, with red stripes running over his muscled arms, and the logo of a roaring lion (much suited to his roaring comeback with Super 30), printed right in the front middle, while the words ‘Super cool Hrithik Roshan’ appear engraved onto the very cover!

Taking to their social media profiles, Filmfare shared, “In conversation with our latest digital cover star, Hrithik RoshanMan of the moment! @hrithikroshan talks about the massive success of #Super30 and his upcoming projects.”

Talking about good looks and transformations, the trailer of Hrithik’s next- ‘War’ where we will see Hrithik on screens will release in October, 2020 and has the superstar looking extremely enticing while he pulls off crazy action sequences alongside Tiger Shroff and just kills in a black tee shirt, and that’s straight after pulling off a complete character reversal, as he played the role of Anand Kumar, the Bihar based mathematician who undertook the education of underprivileged kids and coached them for IIT-JEE.

The actor received thunderous applause from everyone, including the friends and co-stars from the industry and the audience all across the world. The fans and critics all over are lauding Hrithik for his true to earth portrayal of Anand Kumar, his determination and his strength.

Man of the moment! @hrithikroshan talks about the massive success of #Super30 and his upcoming projects with @ashwini_dee in our latest digital cover story.