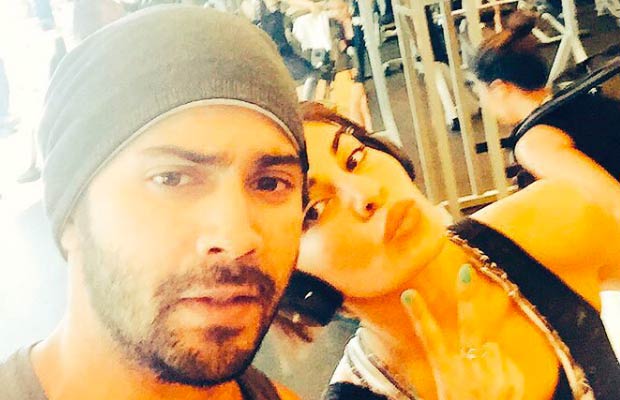 [tps_footer]Jacqueline Fernandez who is looked up to for her fitness indulges in workouts religiously every morning.

While shooting for the schedule of Dishoom in Dubai, Jacqueline along with her male counterparts, John Abraham and Varun Dhawan hit the gym every morning.

Soon the Dishoom gang consisting of Jacqueline, John and Varun made this a routine with a mandate on early morning workouts.

The actors would have a lot of fun while working out together.

It was these sessions that took their bonding further.

The duo was seen sweating out in the gym heavily on the morning before their performance.

The workout was a fun filled session with the duo catching up with each other after a while, however, they missed their companion, John.