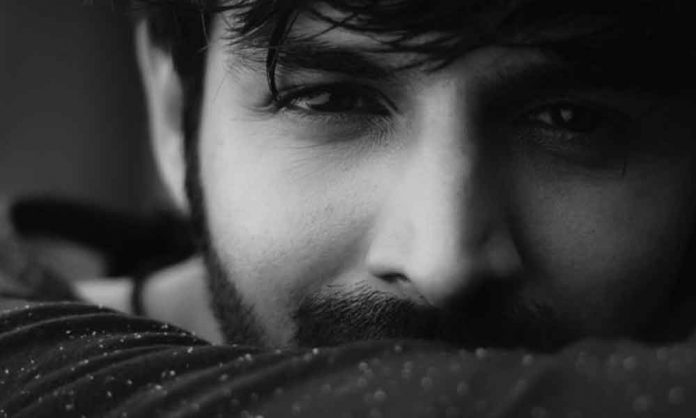 There are no arguments to make when one says that Kartik Aaryan is the heartthrob of the nation. Time and again, with his movies and his off screen appearances, he has proved to be a complete show stealer! Though he’s called the bromantic hero of Indian cinema, girls crush over him big time. It’s his infectious smile and boyish charm that makes everyone go gaga about him. And today he makes this weekend extra special for his fans… with his just one look.

A look has been shared of Kartik Aaryan on social media from his next film Luka Chuppi. The look is just a tease where we see him, looking at us in a monochrome frame. But that one look has made his fans nationwide go crazy. That dreamy look that the actor carries in the picture has become the talking point on social media, where netizens can’t stop raving about his hot looks. We must say that this look is surely rave-worthy. His fans just can’t have enough of him.

Kartik Aaryan is in Gwalior shooting for Luka Chuppi with Kriti Sanon. Gwalior being his hometown, he’s having a blast shooting for the film. With home cooked food to locals treating him like a Prince, he’s surely having a memorable time in the city. Let’s just wait and watch what entertainment is in store for us from Mr. Aaryan.