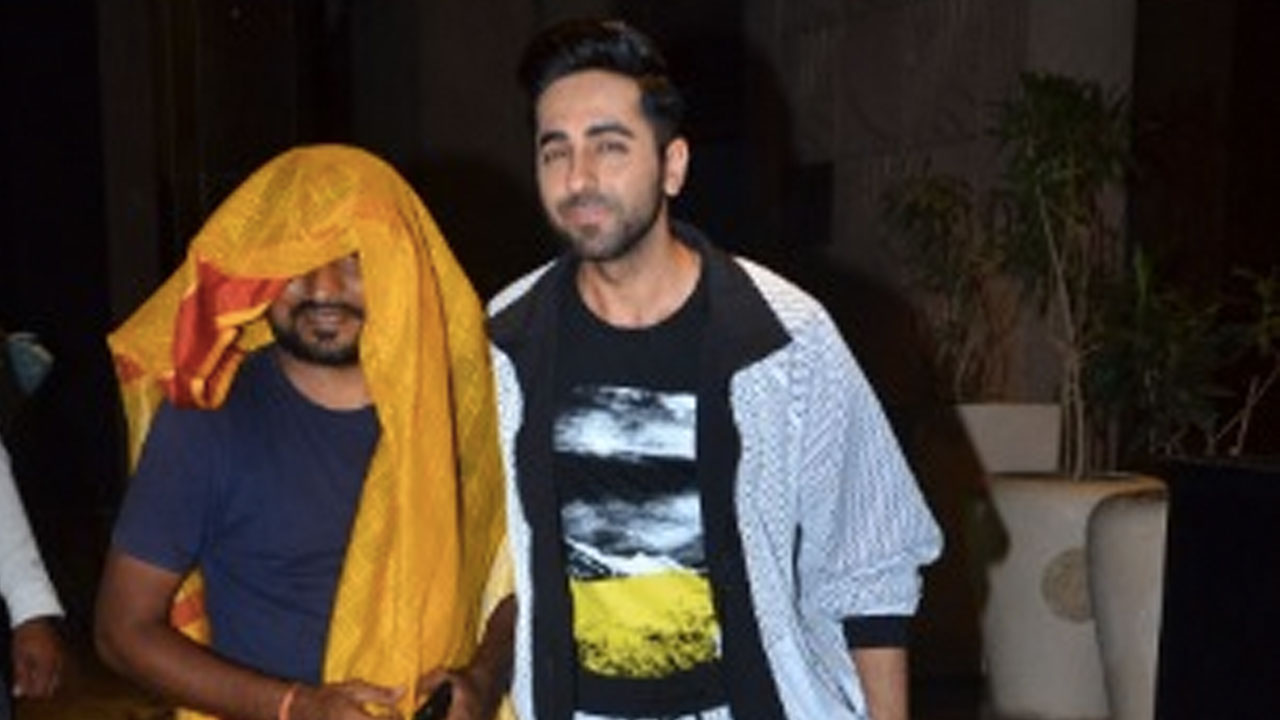 Ayushmann Khurrana, who is presently the most talked about actor of the Indian film industry, is riding high on success of all his films. The actor who won a National Award, (Best Actor) for Andhadhun, was celebrating the success of the film at a party when, in a surprising event, he came across a fan who had gatecrashed the party!

The fun fact about this whole event was that, the fan was dressed in a cotton yellow sari, imitating Ayushmann from the poster of his upcoming film ‘Dream Girl’, and he stormed through the venue holding his ‘pallu’, eager to meet his favourite superstar. Ayushmann, who is known to be very cordial and loving towards his fan, thanked him graciously and took pictures with the fan, which is testimony to his easy-going and down to earth nature!

Right after the trailer was released, it became the top trending video on youtube and garnered over 15 million views in less than 24 hours. Audience all across the country and the world are appreciating the actor and lauding him for his unique and powerful choices in the scripts he chooses and him being at the helm of changing the course of Indian cinema by putting content based films on the top.

Fans have been going berserk over the unique trailer ever since it released, so much so that they have been trying to call Pooja aka the dream girl on the number given at the end of the trailer. They have also been flooding the comment section expressing their excitement, of the superstar and of Balaji motion pictures who is helming the project, on their respective social media accounts.

In a first ever collaboration between National award winning actor Ayushmann Khurrana and one of the biggest production houses of the Indian Film Industry- Balaji Telefilms, a one of a kind film ‘Dreamgirl’ is all set to win hearts and by the looks of it is set to win big at the box office too. The trailer has the superstar playing a guy who dresses up as women characters for the local dramas and confidently so, which leads him to pick up a job in a radio station which requires him to speak to the listeners in an effeminate voice! Within no time, the quirky Pooja takes over the whole city with her inviting voice and soothes every one who calls her.

The poster of ‘Dreamgirl’ has the star looking quirky in a cotton saree and sitting on a rickshaw. Nushrat Bharucha is the lead actress paired alongside Ayushmann Khurrana with Vijay Raaz, Manjot Singh, Annu Kapoor and Rajesh Sharma. The film is directed by Raaj Shandilya, produced by Ekta Kapoor, Shobha Kapoor, and Aashish Singh. Dream Girl is all set to release on 13th September 2019.