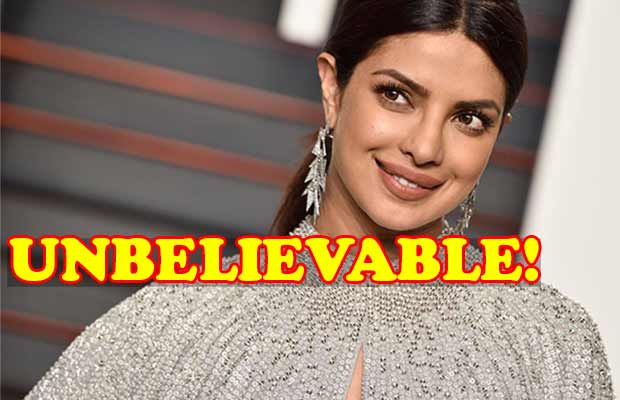 [tps_footer] The ‘Quantico’ star surely won hearts back in the US with her spine-chilling performance and the diva is all set to make waves with her essaying of the villain in the ‘Baywatch’ movie. Chopra was part for a grueling work schedule without any breaks so now she’s taking a long break of over a month in India.

The last Hindi film she was seen in was the mega-flop ‘Jai Gangaajal’ and while many wonder if she’s leaving Bollywood for greener pastures, we’re here to ensure you that it’s not the case. Chopra who is coming to India for a break however, won’t actually be taking a break. Reports suggest that the beauty is going to be working on her endorsement deals instead of simply taking a break. Apparently, the beautiful Priyanka has been signed for a whooping 24 different advertisement deals. Yes, twenty-four!

She is set to complete all 24 deals and shoot for them all within the 40 odd days that she is here. It is also estimated that the earnings of these advertisement deals culminate to the very coveted figure of 100 crores. One of the companies who are going to have Chopra endorse them is a fruit based beverage company that is reportedly paying Chopra the whooping sum of 6 crores. Is it any wonder that the ‘Dostana’ girl is not going to be chilling at home when such huge numbers are in the equation?

On the professional front, Priyanka won’t be seen or signing any Bollywood films for a while since it is not the right time for her to do so reportedly. She will instead be focusing on her Hollywood career which launches with ‘Baywatch’.[/tps_footer]